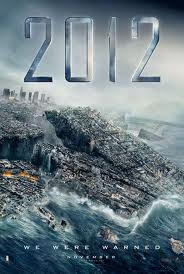 Will TOR Be Relased Before the End of the World?

Zach Brown from Mos Eisley Radio stopped by to talk TOR with us and we somehow spent a lot of time talking about WoW.  But never fear, we also talk about crafting (yes, we know…still), plus a few other things.  Bonus: no one calls each other names because Zach is much nicer than Roxanne.  Don’t forget to check out our joint Cataclysm adventure with Mos Eisley Radio in Anvilmar.  Faction: Alliance.  Guild name: Don’t Feed the Wampas.  Whisper Tavus, Zachariahs, Howlabout, Fanglethorn, or Karilla for guild invite.

Fact or Fiction: Can you pick out the confirmed fact from the tall tales?  This week’s host challenge examines the Crew Skills System.

From the Newsnet & Beyond: Roundup of the most important announcements and news.

Sith or Jedi? We find out which path we walk in real life with The Test of the Hot Shower.