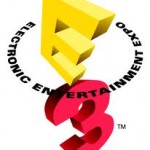 Last week David Bass hopped onto the official forums to see if anyone would be interested in attending an official BioWare meet and greet with as yet unnamed developers during E3 in Los Angeles next month.  “Yes,” was the response from two hundred eight people, which apparently was enough because David Bass closed the thread with the happy news that BioWare decided to go ahead and host this event.  As is always the case when BioWare tries to do something nice for the fans, there were those who begrudged and those who disdained, but in general SWTOR fans are tickled pink.

As they should be!  The official PAX East meet and greet was a fantastic event.  Free food, a free drink voucher (yes, alcoholic!), great Q& A session with James Ohlen and Daniel Erickson, and prizes for best costumes.  Details for the E3 event have not been released, but it is sure to be an entertaining gathering for SWTOR fans.