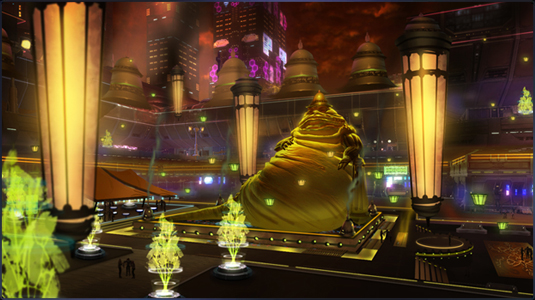 The first pictures had a relatively low amount of neon and flash, but after reviewing the related story elements, the design team decided to kick up the glitz. The before and after screenshots are dramatically different.  Read the full article and see several screenshots here.

Poll: What did you enjoy most from our E3 coverage?
Poll: What is your favorite piece of extended universe content relating to Star Wars: The Old Republic?

Post E3
BioWare toots its own horn a bit! The reaction of fans and media was overwhelmingly positive, with SWTOR winning fifteen awards from various media outlets Read the full article here.