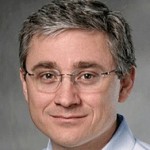 More Two Hundred Hour Question and comments after the jump

On one hand, the numbers he uses should be taken with a grain of salt. He says there are six classes, when there are eight. On the other, “200 hours per class” has been said before several times by members of the development team. The number must have some basis in fact, or it wouldn’t have been repeated on multiple occasions.

But what exactly does Gibeau include in those 200 hours? Many websites have made very different assumptions. Some guess that it includes World Quests and World Arcs – both of which are faction-specific story content – along with the class-specific Class Quests.

Combined with an interview of Daniel Erickson, however, we can see the picture much more clearly. Daniel says: 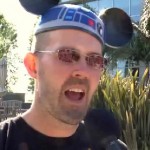 The facts we have are these:

All together, then, chapter one of your class story will be approximately 100 hours long. Even if the other two chapters are significantly shorter, that means the Class Story content alone is more than 200 hours long. World Quests and World Arcs seem to have no part in the equation.

If that is true, TOR will have as much class-specific leveling content as many MMOs have leveling content across the board. For people who intend to play all eight classes, that means 1600 hours of completely unique content, plus Crew Skills, World Quests, World Arcs, Group Quests, Flashpoints, Operations, and more. When you think of all this together, it seems truly huge – even for the people who will try to skip through and reach max level as quickly as possible.

What do you think of having 200 hours of unique gameplay/story per class?