Time again for another Guild Checkpoint, this week we look at a role-playing guild for the Republic, The Crescent Rose. Many people may or may not understand exactly what role-playing is or how it is treated in an MMO game like Star Wars: The Old Republic. Jetta, from The Crescent Rose, will shed some light on RP and also how a smaller, “family-style” guild works.

How did The Crescent Rose come to be a guild? 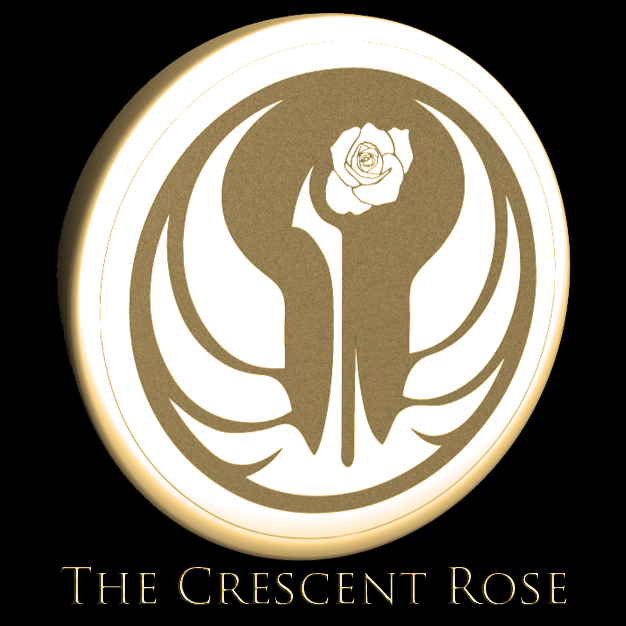 TCR (The Crescent Rose) formed shortly after the NA (North America) launch of Aion in 2009 – several of us were looking for a guild to suit our needs, but were coming up with no small, casual roleplay guilds for our faction on the RP server.  Faced with that lack, and with a pool of leadership in other games between us, there was only one solution to the dilemma – forming our own band, under another name.  We rename and find a new backstory for every game, so that we fit the world, and to give ourselves a chance to self-examine.

Who are the primary officers in The Crescent Rose?

We don’t really have officers in the way most other guilds do.  We operate, for the most part, off a round table principle.  It’s one of the benefits of being a small guild.  If an issue does come to a complete deadlock, we do have someone holding a big lightsaber to break a tie, of course.  The game mechanics do dictate that we have a nominal leader – Fanta.  Jetta handles most of the web and outreach work.  We also have Ewa and Jaraxis, who have been with us from the start – they help get the new ones settled into place.

Can you explain to those not familiar with RP, the appeal and how it works within your guild?

RP can appeal differently to various people, of course.  To some, it’s just a chance to step out of your own mind and problems for a bit, and to look at the world (or another world) through a different pair of eyes.  To others, it’s a chance to challenge yourself by trying to figure out how a given personality would react in situations – how would a Jedi raised in a very strict code deal with a very affectionate Smuggler?  How would that Smuggler deal with a very cold Jedi?  What would it be like to be a Trooper who’s seen too much of the world? Within our guild, we’re currently doing most of our RP via forum until launch.

Do you think Bioware’s story driven MMO, SWTOR is going to add or take away from role-playing?

I think it will add to it, perhaps strangely enough.  Very few roleplayers will use the game storyline, of course – we’ve been through too many other games where you can only have so many “chosen ones” and “saviors of the universe.”  On other levels, it will give us more information about the world, of course, and that’s always valuable. People want to care about character, and it’s leading them there.  Even though TCR is already going to be RPing, if a story-driven game can lead others to at least a more RP-respectful mindset, especially those who roll on a RP server to grief, then it’s a beneficial change to the RP environment.

We have developers and writers who support RP and story – these are invaluable things. For once, it’s nice to have a company known for making story important involved in the game.  Jetta

The Crescent Rose is a smaller guild, is that something by design or do you see it becoming a larger guild?

We’ve always wanted to stay as a smaller, “family-style” guild.  Larger guilds have never appealed to us – if we get to the point where we don’t know all the members of the guild personally, we’ve gotten too big.

Who came up with the backstory, from the role-playing side of things, for the guild?

Sinjin, who also made our recruitment and class tribute videos, did most of the work on the backstory, with some help from Jetta and Fanta.  There’s no one better for story ideas, and we’re incredibly lucky to have him.

The backstory for The Crescent Rose

If someone is going Republic and wishes the join The Crescent Rose who should they contact, and what steps do they need to take?

We don’t have a very formal application process – it doesn’t fit us as a guild.  We’re more interested in seeing if we suit a new recruit as a guild, and if they suit us as a member.  Anyone who’s interested should come visit us at www.crescent-rose.com and see if they like our style.  The only thing we do like is if an applicant submits a request on the TOR site, just for the sake of unity.

Thanks so much to The Crescent Rose and Jetta, TCR guild contact, for taking the time to be on Guild Checkpoint. If you would like to have your guild to be highlighted on CRR, please submit your guild’s name and website in an email to me at jason@corellianrun.com.