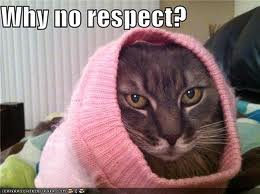 Let me begin by first defining what I mean by RG. RG does not mean casual gaming or carebear gaming, nor does it mean the opposite of those things. Rather, RG is a social ruleset which can be used in combination with any of the aforementioned rulesets. The goal of the ruleset is to encourage respectful gaming amongst the server’s populace. Specifically, an RG server is one where players are respectful towards not only each other but also towards the spirit of the game.

Being respectful of other players should be a self-explanatory concept, but in case it is not, let me make my meaning clear. Respect in the context of a multiplayer game means, among other things:

These concepts should not be difficult to understand since most of us adhere to these sorts of norms in our everyday lives. Oddly though, as obvious as these concepts are in our “real world” lives once players sit behind a keyboard they are much more likely to be disrepectful to other people in a way which they would never dream of doing in real life.

Unlike respect for your fellow player, respect for the game is a far more nebulous and less intuitive concept. In general what I mean is, that players should strive to respect the atmosphere and the gameplay concepts around which the game was constructed. The best I can do to define it would be to give you examples that show disrespect for the spirit of TOR.

These rules fall somewhere in between those necessary on an RP server and those on a server without any social rules. I think that there is actually a substantial demand for these kind of rules, wherein players do not want to roleplay explicitly, but on the other hand do not want ridiculous behavior breaking the immersion or Star Wars atmosphere which BioWare has worked so hard to develop via story and other devices. Personally, I am not a roleplayer, but that does not mean that I want to see someone named “Gandalfimus Maximus” running around as a Jedi Sage.

You might reasonably ask, are these rules necessary? And if so, why? If you’ve ever played an online game for more than five minutes you probably already know the answer: the Internet is full of jackasses – lots of them. This situation seems to be amplified in many online gaming populations. RG servers would simply be a haven for those who want to get away from the sea of jerks who flood what are otherwise perfectly good online games. And lest you think that these proposed rules are too controlling, remember that all players are completely free to play on whatever kind of ruleset they want. If they want to play on a server without RG rules, that’s just fine.

There is of course a problem of enforcement. By all accounts TOR will easily break the million subscriber mark within the first few weeks of its release. If RG servers were to be implemented it would probably be cost prohibitive to enforce RG-type rules via hired game masters. If the system itself is unenforceable then the rules themselves are meaningless. The only solution which I can think of would be to leave enforcement to the players themselves via a committee system similar to that in League of Legends (LoL). In LoL players are disciplined for violations of the in-game passive rules by groups of high level players who make a decision by committee. There are safeguards built into the system to prevent potential abuse and manipulation. By most accounts this system has been a resounding success and has done a great deal to tame the notoriously hostile players of the Defense of the Ancients / Heroes of Newerth / LoL gaming scene. I think that such a system could easily work in an MMO as well.

Would you be interested in playing on an RG server? Tell us what you think in the comments or on the Corellian Run Radio forums.