Many of you, like me, are feeling a bit down after hearing there would be no beta testing this weekend. Honestly, when I first heard this I was looking for a ledge and realized my wheelchair and lack of elevator in the home, prevented any dramatic exit (for the record I did not attempt to look for a ledge lol) . So took a break, and had a laugh or two, getting away from SWTOR, and now back with a new take on things. Still not happy, but, remember from the start, Bioware has said it is going to make sure it works before shipping it out. Taking that knowledge the news is better hearing it now, rather than after launch.

Okay, I know a few people rolling their eyes, “Here he goes again, Mr. Bioware /Super Fanboy,”(btw Super FanBoy does have a nice ring), so let’s get into the links…I promise there is at least one thing to make you smile! 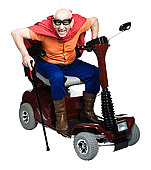 More Community News and Fun in this week’s HoloNet Links…

Okay, so let’s take care of the bad news for this weekend…no testing this weekend. Stephen Reid did post, earlier today, the below FAQ about future and current testing. Currently this is all the information we have about testing, as soon as they release updated information or even dates, we will get that story to you. Please read the FAQ and remember the more bugs and setbacks they find and take care of now, are that many less we have to deal with at launch.

Beta Testing Weekends began last weekend, to get more people than ever before testing Star Wars: The Old Republic. We invited a number of testers in to experience the game this past weekend, and will continue to invite more testers, in greater numbers, as we move towards launch.

While the number of those invited will increase over time and while we plan to invite as many people as possible who are signed up for Game Testing to test, there are no guarantees that everyone who applies will be invited.

Now, onto some FAQs and answers:

They are four different ways to test The Old Republic. Details are as follows:

Early Game Access: Available to everyone who pre-orders any edition of Star Wars: The Old Republic and redeems their Pre-Order Code. Essentially a head-start, it will begin before the formal release date/launch day of the game. Exact duration will be revealed closer to our release date.

Beta Testing Weekends: Large scale, short-term testing. We will be inviting registered testers to play the game in greater invite numbers than ever before. The first Beta Testing Weekend started on September 2nd. They will continue beyond September and will not necessarily occur every weekend.

Game Testing: The ongoing testing program. We continue to invite those who have registered for Game Testing into the program on a regular basis. Those selected will generally test the game for an extended period of time, as opposed to a Beta Testing Weekend.

Guild Testing: We are selecting guilds who are registered on our Guild HQ for inclusion into general Game Testing (see above). Invites to a guild do not necessarily extend to all guild members.

As part of Beta Testing Weekends, will the Game Testing Agreement (specifically, the Non-Disclosure Agreement) be lifted or modified?

Any breaches of the Game Testing Agreement at any time will result in your potential immediate removal from Game Testing and/or prevent you from being invited to any future testing.

Will Beta Testing Weekend invites be sent in the usual way Game Testing invites are sent?

Yes. Those invited will receive an email to the email address they have registered on their SWTOR account. The email will come from no-reply@bioware.swtor.com. Ensure you have that email address registered in your email whitelist so that the email does not go into your spam folder. If you think you have deleted the email by mistake, you can check to see if you have been invited by logging in to the SWTOR.com web site at www.swtor.com/tester/. If you are unsure of an email’s authenticity, we strongly advise you to login to the website to confirm. If you are still unsure, please email support@swtor.com

I previously participated in Game Testing, but am no longer participating. Does that omit me from being re-selected, either for a Beta Testing Weekend, or Game Testing generally?

Currently, if you have previously been selected to test Star Wars: The Old Republic, you will normally not be re-selected for future testing. (This applies whether you were selected previously for Game Testing, a Beta Testing Weekend, or any other testing access.) That may change closer to launch, but we want to get as many fresh eyes on the game as possible.

Most Beta Testing Weekends will last roughly from a Friday evening to Sunday evening. In some cases, we may choose to extend the time available at our discretion.

I got an invite to a Beta Testing Weekend, but can’t test during that weekend due to other commitments. Can I postpone my invite to another weekend?

You may choose, if you wish, to decline a Beta Testing Weekend invite. If you do this, you will be put back into the general ‘pool’ for potential future selection. However, your selection in the future is not guaranteed; you will be picked randomly.

Will those invited to Beta Testing Weekends be playing on the same servers as those in Game Testing?

For the first weekend, those invited will be playing on a separate server. This will probably be the format for future Beta Testing Weekends, but if our requirements change, we may invite people to specific servers (or potentially allow them to choose from multiple servers).

Will extra time be given to download the SWTOR game client before a Beta Testing Weekend starts?

Yes. Invites to Beta Testing Weekends are generally sent out a few days before the weekend to allow time to download the client. However, because of internet download speeds and the invite schedule, we cannot guarantee you will have the game client downloaded and installed before the weekend starts.

The size of the game client is currently approximately 27Gb.

Can I use the same game client in testing and then at launch?

We cannot guarantee that you will not have to re-download and re-install the game client at any point before the start of Early Game Access. Periodically addditional content patches may be required during any period of Game Testing.

Do those invited to Beta Testing Weekends get access to Forums to talk about their experience and give feedback?

Yes. Specific Forums for Beta Testing Weekends will be opened from when invites are sent out for that weekend, until a short period of time after the weekend’s testing is over. These will only be accessible to those invited to the specific Beta Testing Weekend.

Yes. Those invited to Game Testing – of any kind – are still currently randomly selected from those who have opted-in to be eligible for Game Testing.

There used to be a ‘System Scan’ function on the website as part of Game Testing sign-up, and now it’s gone. How does this affect me?

We no longer require potential Game Testing applicants to perform a ‘system scan’. If you have previously scanned your PC and have since upgraded it, don’t be concerned. You’re still eligible for selection to Game Testing.

When does Game Testing for EU-based players start?

As EU players are being invited now and other players have been testing for longer, will feedback from EU players make a difference to the game at launch?

As part of Guild Testing, will guilds be invited to Beta Testing Weekends?

I have infractions on my Forums account. Does that prevent me from being invited to Game Testing?

No, it does not, although accruing enough infractions could lead to a Forums ban. If you are banned from the Forums, you would also be removed from Game Testing.

I pre-ordered The Old Republic; does that allow me access to Game Testing or Beta Testing Weekends?

At this time, pre-ordering The Old Republic and redeeming your Pre-Order Code ensures you gain Early Game Access.

I live outside of the initial launch countries for Star Wars: The Old Republic; will I be able to take part in Game Testing in any way?

We’re hoping to extend Game Testing to many more countries before launch, but we have no estimate on exactly when that will happen.

The guild, Old Republic Dads is having auction to help support charity. ORDS is not just talking about doing something; they are, by having an auction to benefit Child’s Play. Here is a link to the auction on eBay, EVGA and SWTOR Bundle. The auction runs through September 10th, at 6:21:18 PDT. Child’s Play is a charity started by gamers in order to give back. They give back by taking donations and turning that into helping a child who is in the hospital have a bit of happiness through a toy, game or even a movie. I urge you to check out their website and this link, About Child’s Play.

Still catching up at work from extra day off for Labor Day for you in the US, been having to watch out for those terrible wildfires to flooding, or just let time slip away and missed all of the great stories here at Corellian Run Radio…fear not we have them all a click away.

9/7 A Glimpse into Hutta… by Jason Taylor

9/7 CRR on TOROcast and Sunny’s Dinner by Kathy

Okay I promised you all some fun, and now let’s look at a video and smile. HeadCrabStudios shared the following with us…Yoda, much skill in dance he has.

One more video, it is a good example of a fan taking some video footage and putting it with a great song and making it into something to share with the community. Nice job MrNomSauce. The song is Awake and Alive, by Skillet.

Not sure how many of you know Larry Everett, but he is a real Star Wars lore, RP’ing guru and all-around good guy. He writes for Massively and appears weekly on GameBreaker.TV for The Republic show about SWTOR. In his latest article, he writes about the marketing or better yet the possibility of the over-marketing of The Old Republic. We are not talking about the marketing of the game, or even keyboards, headsets etc…the potential hype machine that might have Darth Malgus toothpaste,(btw my idea if any of you budding business tycoons try and sell it lol). Larry also has a little bit of a message about the changes in the Star Wars Blu-ray edition. Give it a read.

Here is a link to Larry’s article, Hyperspace Beacon: We hope this never comes out of SWTOR, but knowing our luck, it probably will

That’s all this week from the HoloNet Links at Corellian Run Radio. If you have an interesting, funny, or thought provoking Star Wars Old Republic link, please let me know via email at jason@corellianrun.com, join the CRR forums, or in the Facebook group.