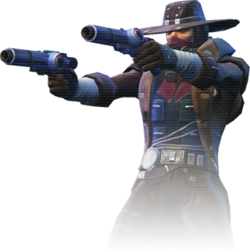 This week had several news worthy stories, some from developers, the community, oh and a HUGE Friday Update. Yes, the Smuggler progression video was just full of goodness. Star Wars: The Old Republic’s Facebook page has over 400,000 likes! The folks at Bioware released information concerning romance arcs to be added post-launch. Our UK friends will be enjoying GAMEfest, from the 16t-18th & SWTOR will be there! HoloNet Links is adding a new feature, Star Wars Music Video of the Week…I take requests. Okay, enough of me rambling on, let’s get into the HoloNet Links!

More yummy SWTOR links with Awesome Sauce after the Jump…

First the posts from this past week in SWTOR forums

so for next beta weekend are you going to invite people who have not been invited yet and just add the ones you reinvited to that pool?

As I said, the number of people who were invited to last weekend’s test (and are being re-invited) is a small fraction of the numbers we’re expecting to invite to future testing weekends. Even if we re-invited all of this past weekend’s testers in one go, they would still be enormously outnumbered by new testers being invited for the first time.

We may in fact ‘spread out’ the re-invites over more than one weekend, and just bump up the overall numbers invited to test.

Our intention here is not to deny those who haven’t yet tested a chance to test, but instead to ensure that those who were invited, but didn’t get to test, get that opportunity.

This is one of many newly added posts by Stephen Reid discussing re-invites of the first beta weekend testers. Here is a link to an earlier article discussing his original post and others talking about testing and re-invites and other invites, related to future testing weekends. In the above post, he also states that there will probably, be more than just the re-invited testers to the next beta weekend. This is just meaning that the new build that is being tested is going well so far and looks good to start thinking about who they will invite. The next thing to look for from Mr. Reid and Bioware is when 🙂

Due to the design constraints of a fully voiced MMO of this scale and size, many choices had to be made as to the launch and post-launch feature set. Same gender romances with companion characters in Star Wars: The Old Republic will be a post-launch feature. Because The Old Republic is an MMO, the game will live on through content expansions which allow us to include content and features that could not be included at launch, including the addition of more companion characters who will have additional romance options.

Georg Zoeller thinks that world pvp is what killed UO, his opinion on world pvp is, uneducated at best.

You’re really not doing your cause any favor. Last time I checked, BioWare Mythic was still running UO and it’s not killed. So please don’t put words in my mouth that I didn’t say. If you want to make a point with something I have said, quote it precisely without commentary.

And while we’re at it, don’t assume to know what I think or what my education is. Ad hominem attacks on participants in this forum, developer or not, will not make your personal opinion about any topic more or less important to us.

As for this particular topic – there will be no ganking of newbie players in The Old Republic as all Origin Worlds are sanctuaries that can not be invaded by the other faction. We have no interest in allowing high level players to choke off the supply of new players into the game by ganking them over and over before they have learned the ropes of their class.

To put it bluntly: If that is your fantasy, you will have to find another game, because The Old Republic will not cater to that. For every player who enjoys that particular fantasy, there are a lot of players that don’t enjoy being on the receiving end of it. That’s a fact, a business lesson learned from existing, still running MMOs.

We think we have plenty of great options for PvP in our game, from Warzones, to Open PvP Objective Areas to Open World PvP on Contested Planets, which will be dangerous territory outside the protective reach of guards and fair game for conflicts.

But if you are expecting something akin to the original Ultima Online or DAoC’s Mordred server, you need to look elsewhere.

Okay first, calling out Zoeller not a really good idea. Now the whole issue with phasing, I do not understand why this is a huge issue with folks. The primary reason for this is to help starting zones at launch keep from being over-populated. The other thing is to keep Origin worlds free from higher levels going there and ganking/killing new players. There are going to lots of players come launch and amongst a lot of those players will be the brand spanking new MMO gamer. Sorry to veteran MMO gamers, but EA/Bioware wants to attract new players and keep them from quitting, because some idiot is ganking them while they are just learning the game. You will have plenty of opportunities to kill them in Warzones, Open World PVP, & Huttball. The game promises a lot of content for all gamers to enjoy in SWTOR, without preying on newbies on Origin worlds.

Even though you are so capable at disguising yourself, lurking in stealth, the Keeper has not not forgotten you. He is watching your every move. He’s even indicated that member of the Dark Council has expressed interest in your progress.

Intelligence reports on the activities of BioWare, said to be a secret subdivision of division of CErkA Corporation, have indicated that while you may feel to successfully escaped their attention, you were not successful. The company clearly is aware of your presence and your attempts to undermine detection by hiding your true numbers have failed.

As to why such attention has not yet led to the expected electronic dossier on your latest fashion choices (likely to also spill the guts on the latest of Imperial Intelligence’s secret gadgetry and tactical training) has not yet leaked to the galactic information network is unclear, but data indicates that this is a matter of so called ‘integer sequencing’, a theory that suggests that given a number of discreet entities and a rule of not highlighting each entity more than one time, there will always be one entity that is highlighted last.

While highly theoretical, potentially even heretic concepts like this are unlikely to lessen the displeasure of the Dark Council should such information leak, we are certain that even after the expected punishment (which, of course, in time honored tradition will only affect lower rank and file members of Imperial Intelligence), there will be enough Agents available at to deploy to the field once operation ‘Beta’ has concluded.

I know this post, by Zoeller, brings a smile to Carla’s face. She is eagerly waiting to get hers on playing an Imperial Agent. Going from what they showed us with the Smuggler, the Imperial Agents should be pretty awesome for Empire and feared by Republic. 🙂

9/14 Star Wars Blu-Ray: What to Expect by Kathy

9/14 Beware of Testing Scams by Kathy

9/15 G4 University: Getting a Job in Video Games by Kathy

GAMEfest is Sept. 16-18 2011 and is being held in Birmingham, England. Star Wars: the Old Republic will be there as announced earlier this week, by Stephen Reid. This gives the EU another good chance to get see and play the game, until testing issues are resolved…hopefully soon! Check more information on GAMEfest on the official site.

Here is a small bit from the latest adventure of Dimbo the Trooper. If you have or know of a fan fiction website you would like people to check out please let me know. Now on with this week’s fan fiction…

“Stang!” I must have set off an alarm. I could have tried to made a break for the tree line, but it was too far. I’d get shot down if their sentries made it here in time. I hid behind a crate and waited for the pirates of this camp to come.

Six men came around the corner armed with blasters and rifles. They didn’t look like much. I tossed a flash grenade and opened fire while surprise was still on my side. If I could just hold them off a minute or two more, the explosion of the serum should be enough distraction for me to get away.

September 16th, Star Wars: The Complete Saga will be released on Blu-ray.  Many have felt a chill up their backbone, hearing about “changes” George Lucas was making to the movies, especially the original trilogy. Kathy had a write up this week and mentioned a site that has collected information about all the additions and subtractions to the movies. Here is a link to Kathy’s article, which contains the other links. What is your opinion on yet another release of the movies?

Starting a new feature here…The Star Wars Music Video of the Week! I will get us started off, but I would love to see your video recommendations. Just make sure they are Star Wars and try to not have explicit lyrics. Funny, guild recruiting, sad, powerful, etc. as long as they deal with Star Wars, especially SWTOR, send them my way in comments below or email me at jason@corellianrun.com.

Our first one is by a guildmate in Old Timers Guild(OTG), logun24x7. Combines classical music and some from Evanescence and features some amazing gameplay footage.

“I feel the need…the need to test!”

Check out one of the SWTOR testers, Tom Cruise. It shows the amount of thought and pressure some testers are under, but they are doing it for us all. Have a look for yourself in this interview from TOR Harbinger.

Another week’s HoloNet Links has come to an end. Please leave us a comment below to let us your thoughts and opinions about this week’s articles. We value all your comments and input to improve the site for you! If you have an interesting, funny, thought provoking Star Wars Old Republic link please let me know via email (jason@corellianrun.com), join the CRR forums, or in the Facebook group.