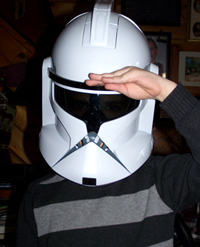 I don’t know exactly when I latched on to this franchise, but Star Wars spoke to me as a kid. I didn’t look at it as being well or poorly directed films. I didn’t analyze the special effects. There was nothing about the script that said, “Oh, this is a play on the classic Greek hero’s journey.” All I knew for certain, after seeing the movies, was I wanted to be a Jedi and save the day, or maybe a Smuggler and travel the galaxy with my Wookiee co-pilot, there were times when I thought it would be cool to be like Boba Fett or even Lord Vader and not let anyone stand in my way.  I just fell in love with the idea of being in the Star Wars universe. It was all magic and special to me.

More remembering the joy of Star Wars after the Jump…

Now, we are getting close to the release of something that will actually be bigger than anything in existence for this franchise. For the most part, there has been excitement and joy, especially when most of us found out around three years ago that this MMO game was being created. But as we get closer to the actual launch, we have started to become jaded, calloused and cynical. When did we get the right to take ownership of this franchise and claim we know what is best? Who deemed we know how this story should be told, directed, edited or even cast? Yes, this is near and dear to the hearts of everyone who love Star Wars, but I know for certain my younger self would tell me to “shut-up old man, you are ruining the story.” We all love this world that George Lucas has created and that so many others have added to by their views through, comics, fan fiction, novels and videogames, including this very large and ground-breaking MMO game, The Old Republic. We all need to go back there and remember what it was like to want to be that hero in our Star Wars dreams. 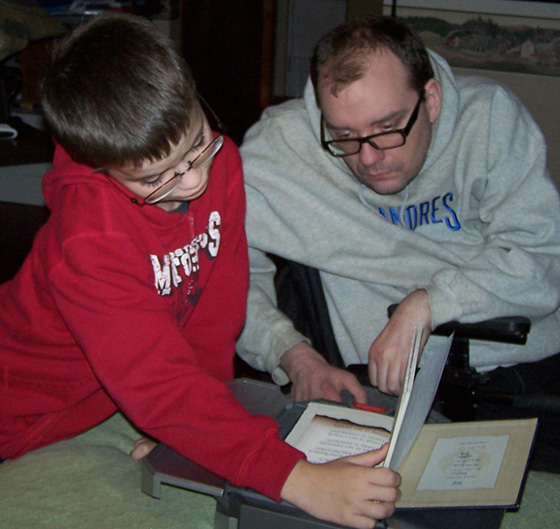 I have had the great opportunity to introduce the Star Wars universe to my nieces and nephews, my younglings and padawans. Yes, I showed them about the magic of Star Wars and the Force, but they are the ones who have taught me to see it all again through their eyes. The pure joy and wonderment of every new detail and their eagerness for more, no matter what the content was or the amount, to them it was something new and held the “wow” factor. They get to see the same Friday updates  that I see and yet, the ones I’m just sighing about, they say with excitement, “Really, that is part of the game?” as their jaws drop open from amazement.

My “charges” in the Force, may have gotten the Star Wars bug from me, but they are the ones who have taught me how to find that young boy who first dreamed of that place…A long, long time ago, in a galaxy far, far away. 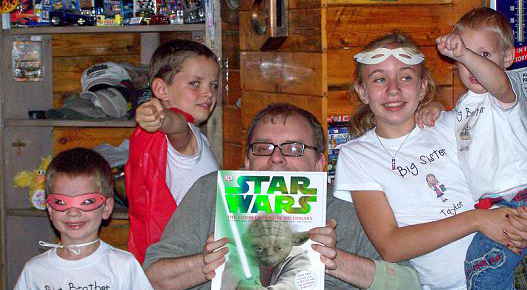 So, now we’d like to know what captured your heart and made you fall in love with Star Wars. Can you describe it?

Did you have a memory like an earlier CRR article showed of the boy finding out that Vader was a certain someone’s father? Maybe even a favorite Star wars videogame that brought back a feeling of being in a Star Wars movie, like the X-wing games. Let us know what you love and can clearly remember about Star Wars, from when you were younger in the comments below.