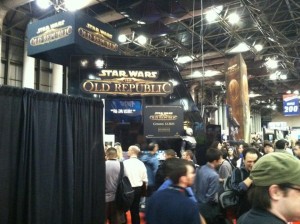 Roxanne and Kathy did not make it into the city for the first day of New York Comic Con, but Jeff Hollis from TORWars sent a few photos of the event for us. We thought you might enjoy this first glimpse of the convention which goes into high gear tomorrow.

On Friday SWTOR has two major events. The first is their main panel at 2:30 pm EDT. Stephen Reid told Newsarama that there will be no big reveals, but we should get some “nice visuals.” Later that evening at 6:30 pm EDT is a Q&A session hosted by MMORPG.com. SWTOR will have participants on that panel.

Also, be sure to keep an eye on Newsarama’s live feed: 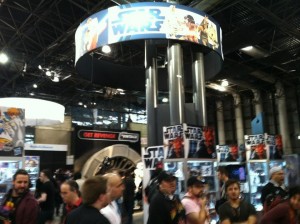 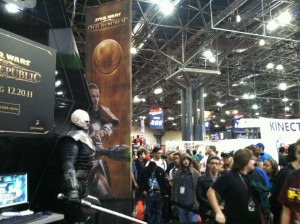 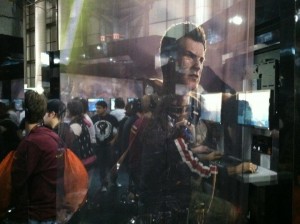 The ghost of Ven Zallow watches over hands-on play. 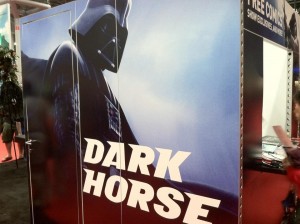 For the Star Wars comic fan 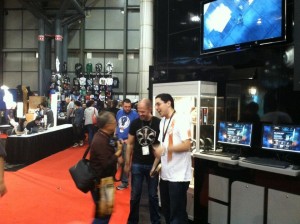