Welcome everybody to another Thought Transmission! Because of the massive amount of spoilers that this article generates concerning KotOR, Revan the novel AND SW:TOR, I do not want to give you anything to skim over before you actually started reading this article, if you are planning on reading the book yourself, or if you have still not played either game yet and do not want to be spoiled up front. With that disclaimer up front, on with the show!

Revan? Revan? Who the frick is Revan? 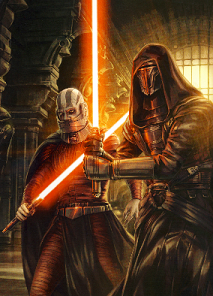 Revan and Malak during the Jedi Civil War

BioWare released one of the best Star Wars games ever back in 2003, Star Wars: Knights of the Old Republic. The story is really well done, especially when you reach the Leviathan. It is the flagship of the Sith armada, it being the personal ship to their leader Darth Malak. On that ship, you learn that you yourself are Malak’s old Master, Darth Revan. You, the player, has been the reason that the universe teeters on the brink of destruction, and not anyone else. Talk about your plot twists.

The nature of the game, and its follow up The Sith Lords, gives the player the possibility to play as male or female, and the ability to end these games attuned to either the Dark or the Light side of the force. For the sake of the canonization of the universe, both games have ended with a Light side victory, Revan was male, and the Jedi Exile of TSL was female. But, during TSL you get hints at what Revan has been doing in the meantime, yet you do not get to know the truth, or what happened between these two games and Star Wars: The Old Republic. This is where the novel comes in.

The book can be split into 3 stories that eventually converge upon one another: Revan’s search for the unknown evil beyond the known galaxy after KotOR, the Jedi Exile’s search for Revan after TSL (she is given a name in the book, Meetra Surik) and finally the story of Lord Scourge. Scourge is ordered to investigate council members for possible treason, and this eventually leads him to learn the truth behind the Emperor’s powers. When he learns this truth, he and his master discover Revan’s return to the Sith Empire. It was the Emperor who had turned him to the Dark Side before KotOR’s events, which in turn led to the Jedi Civil War. Meetra follows Revan since he got captured by Scourge, and eventually she finds both together. 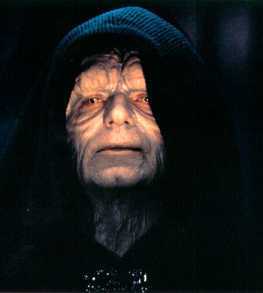 The truth behind the Emperor has shocked even Scourge to his core; the Emperor attained his power by consuming the Force out of an entire planet and everything upon it, Nathema. Because of this horrific act, Scourge believes that the Emperor must be stopped, and after Meetra finds Revan, the three of them work together towards completing this goal. Why would a Sith destroy his own Master you might ask? Scourge, and others, believe that someone as crazy to suck dry a planet to gain immortality, is crazy enough to do it again but then destroy everything everywhere. There would be nothing left to conquer, and no-one would be alive. And living is a goal that everyone has in life.

300 years ago, in the exact same galaxy…

Now, the ending of the novel sets up quite a few things to happen within Star Wars: The Old Republic.  Firstly, it sets up the final villain of the final expansion of the game if you ask me. Just like Sargeras is the ultimate badguy in World of Warcraft, and Regulos is the prime evil in Rift, I think that it is the Emperor of the Sith Empire who will be the last boss we need to defeat. (Side note; let us all hope that we will not see him for quite some time.) He is evil incarnate, and does not care who has to die so that he can gain power, unlimited power. Be it the Galactic Republic, be it the Sith Empire. Everyone will die to feed his hunger.

Secondly, the book preludes the return of both Revan and Meetra in the game later on. My best guess is either a very epic questline on a planet to be determined, or at some stage in a future operation. What the Emperor has done to Revan, is lock him up in some sort of stasis cell that is keeping him alive. Over 300 years have passed since the events of Revan when looking from SW:TOR. Of course there had to be some way to keep him alive and return him; he is one of the largest BioWare characters ever, together with Sheppard of course. And Meetra is placed as accompanying Revan, sustaining him through the Force. She got killed by the Emperor, but she did not get absorbed into the Force. Meetra has become the vigilant watcher of Revan’s prison.

Thirdly, the enigma that is Lord Scourge. After the Emperor disposes of his entire council, he turns Scourge into the Emperor’s Wrath; his personal and private enforcer who also happens to be immortal. But what the Emperor does not know, right before he defeats the trio come to destroy him, Scourge has a vision of a Jedi killing the Emperor. That Jedi is not Revan though, and Scourge believes that the best course of action is to betray Revan and Meetra, and keep serving the Emperor until that Jedi comes across his path. Being turned into an immortal being just gives him that extra time to search for this particular Force user. 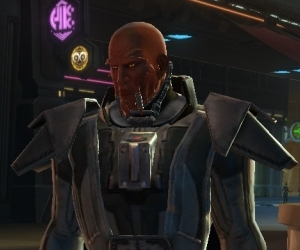 Now here is the point where the plot thickens. The Jedi Knight class, the one played by us players, gets a Sith Lord as companion somewhere down the line. This companion is none other than Lord Scourge!  Does this mean that YOU are pre-destined to defeat the Emperor and finally bring peace to the galaxy? I hate to break it to you guys who will play Empire, but it is canon that the Republic eventually wins this conflict (or the movies would have to be retconned…). So combining this fact with what is set up in the novel, the player will be defeating the Emperor. Can you think of any other reason why Lord Scourge will follow you around and do your bidding by digging around for metal and scraps or by crafting some sweet armor for you, than your Jedi Knight being ‘the chosen one’ to bring balance back to the Force?

That last bit reminded me of Obi Wan’s cry-out towards Anakin towards the end of Revenge of the Sith… but that might have just been me. May the Force be with you always dear reader, and until the next Triple T!