First off, sorry for giving you your dose of triple T a bit late this week, it has been hectic for me personally. Basically, after a weekend in London, my body decided to shut down and disallow me the chance to write this.

Regardless, this past Tuesday early access to Star Wars: The Old Republic started. And with this, a LOT of people have started to complain about not getting in. I will give you my take on it, and I sincerely hope you agree with me in the end.

This might be the best description of something happening on the internet that does not confer to the wishes or expectancy of the masses. If it does not please everyone, then for some strange reason all-out total flamewar seems like the only possible outcome. Now, I am not here to go into detail about the innermost workings of the secretive troll cult that roams the web, but just to tell you my opinion on this small section of hyperspace that we are sharing; BioWare and SW:TOR.

Many people have been complaining, even before the EGA started, about not getting the time to play that they deserve. They believed 5 days was not enough, or that they would only get 2 of those 5 to play and thought it unfair. Some gamers have even created a new Twitter account just because they were (or still are) not in yet, only to unleash rage upon BioWare and especially Stephen Reid. I will not say that I never get angry myself, but this really undermines that little sense of humanity I believe we all share. Anyone that wants to ‘vent their heat’, to speak in terms of the Bounty Hunter, should just grab a pillow and scream into it really loud until they run out of breath and steam.

Doctor BioWare, or how I stopped worrying and love the Early Access.

People seem to have a strange sense of entitlement if you ask me. Because they payed a small amount up front, they seem to deserve at the very least 7 days early access! In my humble opinion, this is not true. Like with many other games, you pay a deposit up front to ensure you get your game the day it releases. Now it just so happens that BioWare is willing to give you a couple of days head start, because you know you are going to play their game when it comes out and they want to reward you for choosing to trust them. And in the end, the game is still not out! Even though everyone and their mom’s are playing right now, the game is still not officially on sale until the coming Tuesday. Yet you still look a gift horse in the mouth? Shame on you to be honest…

All wings, check in! 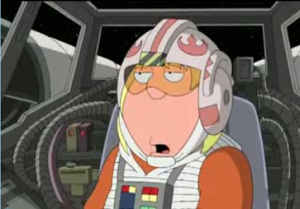 This was not a full column, this was just a tribute… to the guys and gals at BioWare who are slaving their butts off just to satiate the insane demand that the community lays upon them. To them, kudos!

Now, I just unboxed my Collector’s Edition, got my Malgus set up, and am jumping back into the game! May the Force be with you always.

2 Responses to “Thom’s Thought Transmissons: EGA and you!”