Another Monday is here and time for Guild Checkpoint. Today we are looking at the Sith guild, Juggernaut Empire. We get an inside look at the guild from Milo, the guild’s Co-GM, in the Q & A section. We will get an understanding of what type of people they hope to recruit, how they got their start, and why they decided to be a part of Star Wars: The Old Republic. Get ready as we prepare to look inside the Juggernaut Empire after the Jump.

More info on this Sith guild after the Jump…

How did Juggernaut Empire come together as a guild?

Juggernaut was formed by 3 members of a #1 US WoW PVE guild. When Cataclysm hit, and the guild started to fall apart, a few members started looking into other games to play. I personally had been following SWTOR since 2008, so I banded 2 of my RL friends that were also in the guild and we started a forum clan called Juggernaut. Shortly after, once the pre-launch guild program was implemented, we decided to turn our small forum clan, into a hardcore guild.

What games is JE in presently?

Juggernaut is and will only ever be a SWTOR guild. We are not a guild that carries on to a new MMO whenever one comes out. We will stay loyal to SWTOR through its ups and downs, and you can count on us to be the last ones /dancing in the cantina if the game ever shuts down.

Have many of your members already got into the early game access? If so how is the guild doing? Any major highlights or any things of concern the guild has come across so far?

About 30 of our 50 members were able to devote their week to the early access program. 2/3 of the guild received their invites on the second day of early access. So far we have majority of the guild over level 35, and a few people are pushing 50. The biggest problem we have run into so far is the memory leak on Taris. It has prevented a lot of us from moving on past the mid 30’s. Due to this, a lot of members have just been creating alts until they fix it.

As a Sith, (evil lol), guild you seem to be all about being courteous in the game and towards the community. Has this been hard to get members to follow? Do you wish other guilds would adopt similar rules or guidelines?

When recruiting, we made it a point to ask players if they can handle themselves in a mature environment. Anyone in the guild has stated in their application that they can and will be able to handle themselves. So far we have not had any problems with people breaking that promise. As for other guilds adopting that rule, I think I’d rather they didn’t. That way we stand out in the crowd, and in turn, we hope the “Mature players” gravitate towards us.

As a PVP guild, what are some of your goals in the game? Which Warzone does the guild prefer or is it the open world, see an enemy fight them that you all enjoy?

We are actually NOT a PVP guild. We are a PVE guild; however 90% of the guild wanted to be on a PVP server. The WoW guild that Juggernaut was formed from played on a PVP server, but was still a PVE guild, and a lot of people liked that. We figured there really isn’t a difference between the two; which makes it more realistic, and in the end just gives us another thing to do. 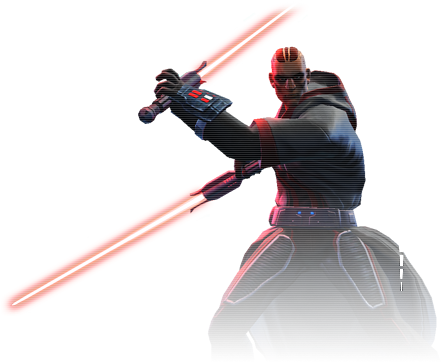 What class are you planning to play first and which advance class?

Currently I have a Marauder in the 30’s, but once I hit Taris, I went back and made a Juggernaut. I plan on hitting 50 in the next few days on the Juggernaut, then starting a Mercenary if the guild isn’t ready to start running operations yet.

Can you explain to our readers, how your guild rank system works?

The ranking system starts with the recruit level. Whether you have applied on the site, and are waiting for full member approval, or you were invited In-Game and are on a trial run, you will start at this rank. Once the higher ranking officers have decided it’s in the guild’s best interest if you stay, you will be promoted to the Member rank. From there, players that stand obviously above regular member quality, will be considered for an officer position. As an officer you will be able to access such things as officer chat in our Ts3 server, and officer chat in-game. If you are an incredibly talented player, you know how to carry yourself in a mature environment, and you take it upon yourself to help the guild in-game and out, you will be considered for the First Officer rank. Our first officers are allowed view new applications on our site, talk in officer chat in game and on the Ts3 server, and are given special permissions such as demoting, promoting, and removing players from the in game system. The next and final rank before Commandant (or Guild Master) is the Admiral rank. This rank has only been granted to two players so far, and those players are the guilds website designer, and our media director. As an admiral you have nearly the same permissions as the guild master and are treated with the same respect. The admirals work as a Co-GM almost. As of right now the rank is only given out to people that contribute more than their fair share to the guild, in game and out. People that spend more time working on the guild, than actually playing the game. I’m currently looking to fill 2 more spots in the admiral rank s I am on the lookout for the best players, and the most qualified community members out there.

How did the guild come up with the Juggernaut Pledge? It is really neat, there has to be a story behind it 🙂

When the site was being created, the admirals and I did our best to implement everything we could to grab people’s attention. The Pledge was just another way of getting people to realize that we are not just a guild, were a community. We aren’t looking for just anyone to join. We are looking for GOOD PEOPLE! And we want them, to want to be part of something great, and the juggernaut pledge was added just to make you feel like you really are part of something great.

I hereby accept the rules and regulations of the Juggernaut Empire.
I understand the meaning of RESPECT.
I vow to stay loyal to the Juggernaut COMMUNITY.
I promise to do whatever I can to stay ahead of the competition and display my LEADERSHIP.

I am ready to become a part of a guild like no other.
I am a Juggernaut.

How does the guild allocate or deal with loot in Flashpoints and Operations?

Our group 1 will have assigned loot. Groups are smaller in SWTOR than they have been in previous MMO’s, so we have the ability to be much more intimate with our players. So whoever needs a piece the most, will be put on the top of the list to get that piece.

The second third and fourth groups are so far undecided. We receive an average of two applications a day, not including members recruited through the game from playing together. Our goal isn’t to have one amazing ops group and the rest sub-par, judging by recruitment however it shouldn’t be a problem to fill effective ranks. We don’t really believe in a DKP system, more of a loot council/roll system, people have real lives and shouldn’t be punished for it!

Is JE currently recruiting? If so what server are you all on and what steps should a potential recruit take to apply?

We are always on the lookout for exceptional players. Juggernaut currently resides on the Dark Reaper, PVP West Coast server. If you are interested in applying, head to the Juggernaut Empire website, create an account, and hit the apply button in the site navigation menu near the top of the page. From there you can fill out your application, and please remember to write detailed answers so we can really get a feel for what kind of player you are!

What seems to be classes that the guild needs or is looking for to fill the ranks?

Our first Operations group is decided for the most part at this point in time. However we plan on having 4 groups all together. We are on the lookout for any class, and any spec as of right now. This is always subject to change though. We are filling on Mercenaries and Juggernauts, and we are low on both Operatives and Assassins.

That wraps up another Guild Checkpoint for this week. Thanks again to the Juggernaut Empire and their Co-GM, Milo for letting us learn a little bit more about their guild. I also want to give a shout-out to Ace for being to go between for all the information, especially during this time of the year.

If you would like to have your guild to be highlighted on CRR, please submit your guild’s name and website in an email to me at jason@corellianrun.com.