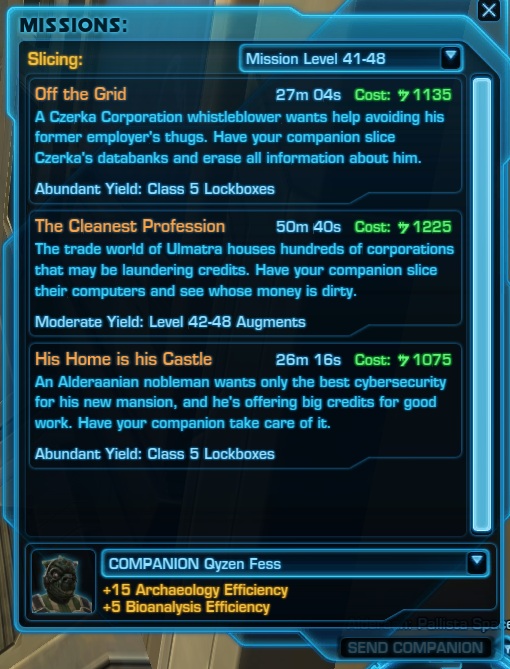 The time has come, everyone. TOR has received its first patch from Bioware, and it primarily addresses the problems people were expecting (and have been complaining about). Slicing is rarely mentioned in general chat without someone commenting “It’s OP” or “I need to make an alt to do Slicing before they nerf it.”

Sure enough, the ridiculously-good money-making machine has been noticed by Bioware, and the values from lockboxes have been “reduced to bring them into balance with other skills.” The exact extent of this change is impossible to say for now, but surely the community will soon decide whether or not Slicing is still a worthwhile profession.

More information on the new patch after the jump…

Other important changes include (read the full patch notes here):

Think of the new changes what you will, Corellian Runners. This is only the first patch in this game’s lifespan, so the community should accept the balance changes and embrace the bug fixes. Personally, Slicing being nerfed will probably make it more difficult (and necessary) for me to control my credit-spending tendencies. What change affects you the most?

One Response to “Patch 1.0.1: Slicing nerfed, Bugs fixed, and more”