Now, on New Year’s Eve, I went to my regular watering hole in town, and they had karaoke. So at some point someone was singing Californication by the Red Hot Chili Peppers, and it blew my mind when I read the text along. (Almost) everyone that knows that song, knows that “Space may be the final frontier, but it’s made in a Hollywood basement” is a direct reference to Star Trek. The next line “Cobain can you hear the spheres singing songs off station to station” is of course about Kurt Cobain, but the line after that flabbergasted me completely; “And Alderaan’s not far away, it’s Californication.” Until this past Sunday I never heard this Star Wars reference in that song, and now I will never not hear it either. In today’s column, I am going to talk about cultural references regarding Star Wars The Old Republic.

I have a bad feeling about this… 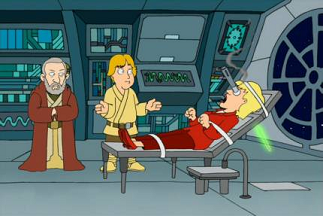 Be careful with laser eye surgery...

Cultural references are usually homages or parodies to famous franchises, such as Star Wars, in a place where they don’t actually belong. When we look at Family Guy for instance, a big part of that show is built around this concept; they have even ‘remade’ the original Star Wars trilogy using their own characters. There are a lot of references all over the place, too many to experience in a short time. But what I really wanted to talk about, is a statement that came out of BioWare a couple of months ago, where they said that they did not want to include any obvious references to other popular things in the game as it would break immersion; they wanted to keep the Star Wars Star Wars.

Here I have to draw the comparison to World of Warcraft. Did they overdo it? In Azeroth, you can find the A-Team consisting of Gnomes, you need to collect power converters near Toshley’s Station for which you get a technological construct of terror, and there are even references to itself when it comes down to the return of certain bosses in new places where you have to defeat them for the second time. For people that do not get certain references, the universe of Warcraft is cartoony enough for those references to get lost in translation; you won’t even know there is something that links to the real world when you encounter it, it might as well be a part of the universe you are currently visiting. 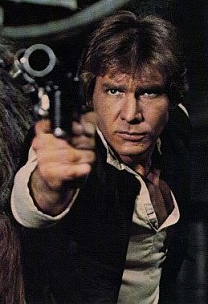 Finding cultural references in Star Wars The Old Republic is harder, but they are still there. There are some inside Star Wars references, when I landed on Corellia for instance: Han Solo is from Corellia, and one of the better lines in A New Hope he gives, after Luke shoots a TIE Fighter, is “Don’t get cocky, kid.” One of the first missions I got, during the voice over, one of the mission givers mentioned to me that I should not get cocky while doing this mission. It made me smile.

Most of the references, if they are there at all, can be found in mission names. Most of them are clever plays on words and sayings, such as A Rancor in a Pottery Shop or Revenge Served Cold. A direct link to a movie, at least as far as I am concerned it is one, would be the mission The Guns of Traken-4, linking it to The Guns of Navarone. Even some of the dialogue falls back to the movie, by stating “if they get the gun emplacements functional, they could take out the Markaran Outpost in one shot!” which mirrors the capabilities of the gun emplacements on Navarone which could take out ships with just one shot. So if you look, you can find something. 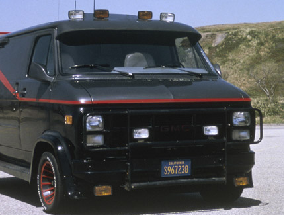 If you ask me, there could not be enough references in a game such as this, as long as they are not the in-your-face style of WoW, but that has to do with the difference in game also. But you could argue this: is including cultural references a way of homage and honoring, or is it  a clever way of avoiding creative burnout by reusing things others have created before. I personally say a bit of both with more weight on the homage thing.

Ruining the Star Wars immersion is not something to look for though. The unwarranted references should be kept away from a galaxy far, far away. If there is a clever way to add 4 people that work as a team of mercenaries for hire, say as bounty hunters, then I am all for it. If they somehow turn out to be Jawas, not so much…

8 Responses to “Thom’s Thought Transmission: Do references break your immersion?”