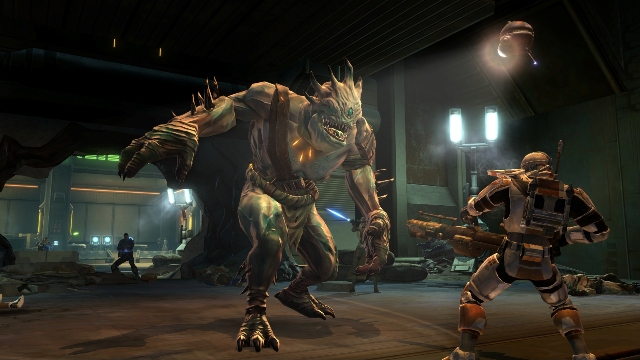 As many of us are downloading the latest fix – 1.1.0a, let’s take a look at a number of the things that came with patch 1.1. Yes, there were some issues on Ilum, but hopefully Bioware has corrected them. We will take a look at the new content in, “Rise of the Rakghouls” and also various fixes in the 1.1 patch. We will also look at James Ohlen’s point of view regarding this new content and what we can expect. There is also news from Courtney Woods regarding becoming founding members of Star Wars: The Old Republic. So for the scoop on what Courtney has to say and a link to more information, let’s get ready for the Jump.

More Dev notes, Patch info and of course some video fun after the Jump…

How long have I been playing the game for?

Type /played in the chat window to find out. This will tell you your time played in the form of days, hours and minutes.

The there is also a nice video showing most of the first level of speeders. This will help when making that “first speeder” purchase 🙂 There are several other tips and helpful hints throughout the article. Click on the above link and check them out. 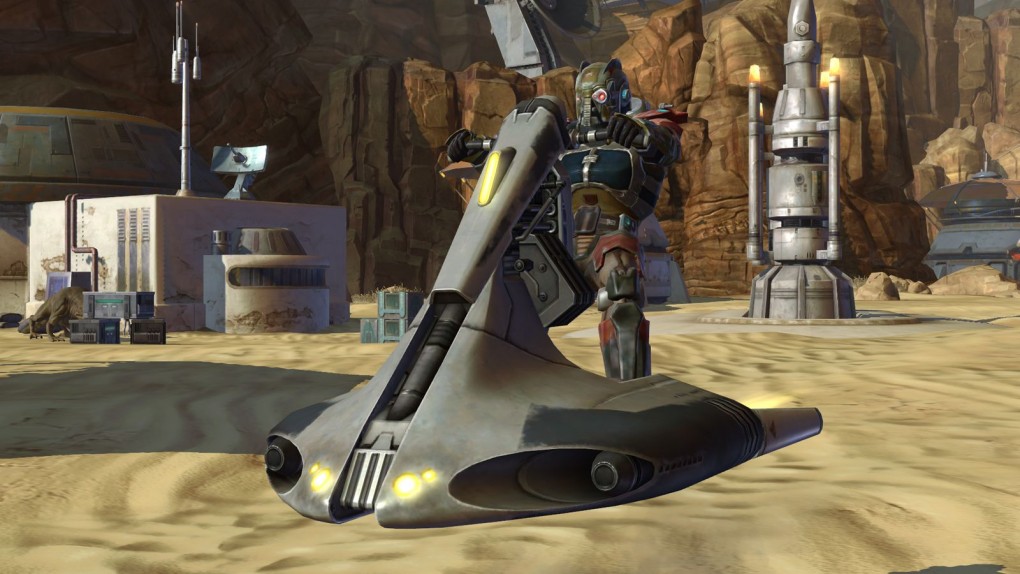 We would like to thank each and every one of you for helping to make Star Wars™: The Old Republic™ one of the most successful MMO launches of all time. To show our appreciation, from now through March 19th, 2012, 12:01AM EST, we are rewarding early members of The Old Republic community with a unique Founder’s medal* and title.

This patch was Bioware’s first major update since the official release of the game just one day shy of a month ago. The update/patch contains several bug fixes to Flashpoints, companions, crew skills, as well as adding more content by way of the newest Flashpoint – “Kaon Under Siege” and more Bosses to Karagga’s Palace Operation.

For complete details please check out the following link about Patch 1.1. Note that the listed changes to Ilum have been altered in the latest patch 1.1.0a.

The short blog entry talks about how this is just the first of many planned updates for the game. Many folks, including myself, were concerned about how Bioware would keep up the content demands, especially for those that flew to level 50 so fast. This to me shows Bioware is serious about keeping the game going and wanting to keep expanding the game throughout various levels and types of gameplay. 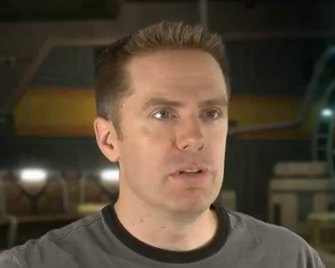 “Expect a few surprises between these Game Updates, too. You never know when the Republic might strike Dromund Kaas, if a mysterious alien fleet could appear in the Core Worlds… or when the Rakghoul plague of Taris might infect the rest of the Galaxy. Changes are coming, and they’ll affect everyone.

We fully intend to support Star Wars: The Old Republic—and our players—for many years to come.”

While I continue to be a card-carrying fanboy for Bioware, I do strongly think they need to rethink the Public Test Realm system. If they truly want to keep the high quality content flowing into the game, then it needs to be tested. I know that currently you can level a character to 50 and test everything, but why would to spend all that time leveling just to test? There needs to be a way to spec out a level 50 character or allow players to copy their character to the Test Servers. This allows for Bioware to get even more testing feedback and also for players to see how changes can and will impact future gameplay.

What are your thoughts on the Public Testing System? Are you testing yourself? If you are or have opinions on testing let us know in the comment section below.

Here is a short video that shows the racial dance of the Twi’leks. It is an excellent editing job. Check out at 1:44 point of video and see the use of cutscene footage to synch with music to give appearance the NPC is singing.

Today we are excited to announce Game Update 1.1 for Star Wars™: The Old Republic™ is coming January 17th! Called ‘Rise of the Rakghouls,’ this is the first of what will be many regularly-scheduled content updates for the game.
Read More 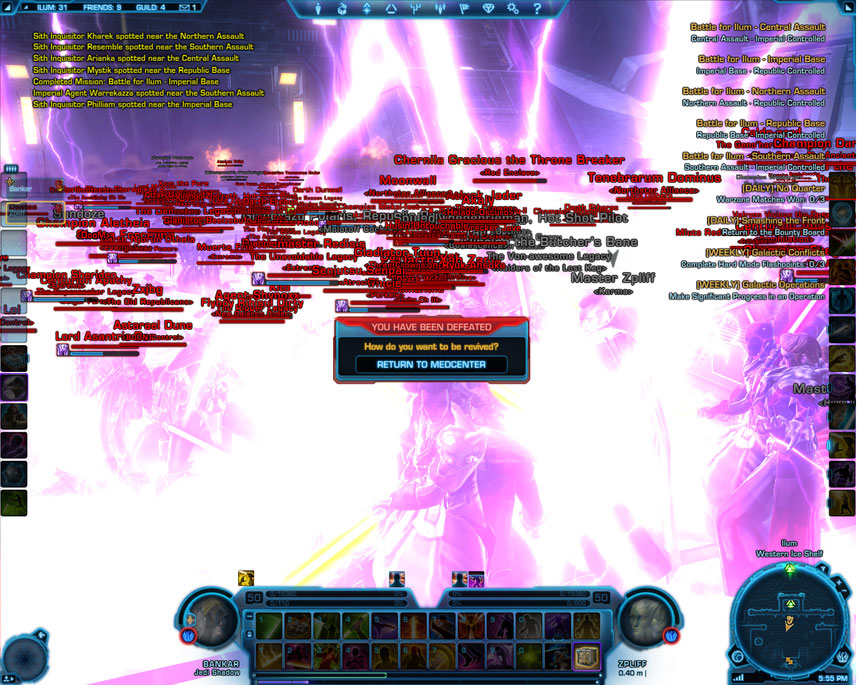 Hello everyone; I wanted to update you on the issues we’ve been seeing today on the live servers, specifically within the Open World PvP area on Ilum. We’re aware that on some servers, either Republic or Empire groups have been capturing the Ilum control points, entering the enemy’s base and ‘camping’ the medcenters, preventing the opposite faction from leaving their base to recapture control points. This is not a fair or balanced gameplay experience and can also severely affect client performance, so we’re taking steps to address this.

Our intended design for Ilum Open World PvP is that players are instantly killed when entering the enemy’s base safe area, just like in Warzones, and that the defending faction can take taxis to other points within the zone. As of Game Update 1.1, this is not working as intended. We have found the issue preventing this from happening under server load and will be publishing an Emergency Patch to address the issue. We’re aiming to have this patch published early tomorrow morning (January 19th, 5 AM US CST).

In addition to these changes, we’ll be reducing the population cap on Ilum. This should help increase performance by requiring your client to render fewer characters on-screen at once.

Regarding Valor gains, with the 1.1 update, players now receive a base reward of 20 Valor per unique enemy player defeated in a short time, and this base reward is modified by the number of objectives that the player’s faction owns. The gains are rate limited per player killed, encouraging players to attack unique players, not to pursue vendettas. The Valor gains players can see over time will vary greatly depending on the activity level in the zone. This is expected.

To dispel a couple of rumors that have been seen today – there is no Valor gain from destroying turrets within enemy bases, and none from killing NPCs.

We encourage players to avoid Ilum until our patch is deployed. As a temporary measure we will be disabling taxi services which would normally take players into the Open World PvP area. However, players will still be able to taxi out of the area.

We will continue to monitor Ilum across all servers and will make further changes to gameplay if required. We welcome your feedback here on the Forums, but please ensure your feedback is constructive and specific. Feedback based on rumor does not help us isolate potential issues.

Waiting for the new patch to download, or maybe stuck in some of the winter weather don’t worry we have all your favorite Corellian Run Radio articles and news stories from the past week to help pass the time. For your benefit we have the articles listed below.

01/17 My Two Credits: The Little Things by Maer

We have another video to share for some added fun. It is the same song as a previous HoloNet Link video, but when I saw this and knowing the time it took to get the footage and editing all of it together, I just had to add it. Let us know what you think. Do you have a SWTOR music video you would like to share or maybe spoof style movie using in-game footage? If so please let me know and we will see if we can share it with the rest of the community.

I am looking for any original work using in-game footage, like a music video or parody or if you write fan fiction, or even artwork based on the Old Republic Universe, please send them my way to get highlighted in future HoloNet Links articles. So if you have an interesting, funny, or thought provoking links or original work relating to Star Wars Old Republic, please let me know via email at jason@corellianrun.com, in the comments below, or in the Facebook group. See you all next week!