You might have noticed, or not noticed at all, that I did not do a column last week. It is in part to do with the subject of today’s column of course, but most of it was me burying into my exams because university sometimes needs that extra time spent. But what it boils down to, I was burned out on the game. I could not be bothered to play. I played some other games (Hearts of Iron 3, a World War 2 strategy game, and World of Warcraft respectively) instead, while mulling over what was keeping me from the game. Now I am playing again, and I shall tell you the small lessons I have learned over the past week about burnout and The Old Republic, so you might know what to expect if you ever encounter it, or what you might do to counter it.

This was the first reason for my burnout. I played way too much of the game in such a short time, that I felt as if there was nothing else to do. As of writing this, I have 282 hours clocked playing The Old Republic, and that is a lot in just over a month. Add to that that I have not played much the past 2 weeks, and it becomes understandable that 10 hours or more a day might not be the healthiest approach to gaming. But it was fun, while it lasted.

Now, I am going to take a more relaxed approach to the game. I still love it immensely, it is a very good game, but taking it with moderation is the true path for me now. This leaves space to play other games as well. Playing different things allows me to play all of them for a longer period of time, without hopping from one game to another. 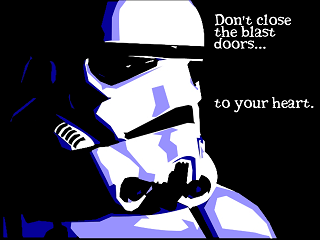 When I first started doubting my will to play The Old Republic, it seemed to be due to not having a fun group of people to play with. I went searching far and wide to find another place, but could not get anything really concrete. One thing that could fix this would be the introduction of server transfers. If I did not have to level a new character every time I found a new place to play, maybe my interest would stay at peak level.

The guild I am residing in on World of Warcraft is one of the main reasons I keep going back there. Of course, that game has had a much longer uptime already and thus many established guilds one can join and have fun with. There is something to be said for both games in what their strengths are, but I am not going to do that here and now. That is for another TTT I guess.

What finally got me back into The Old Republic might sound easy, but was a tough decision nonetheless. I was playing a Sith Assassin at first, and then rerolled to a Bounty Hunter. Yet I still could not retain my previous enthusiasm from the first weeks. And then it hit me.

Before the game even had a release date, I was contemplating playing the Trooper. Feeling like the underdog in a world of Jedi and Sith, having massive guns, and being a bad ass all around was very compelling. But because friends wanted to play Empire, so did I. In the end, with some of the friends in my Empire group, who were feeling the same issues as I had, we rerolled to the Republic on a different server, and have been happily playing since.

For me personally, I do not really like the backstory of the Sith Empire. I am a very ‘Light sided’ person (I still have a huge positive score on the CRR Sith or Jedi challenge) but you could already play Light Side on the Empire also, which I kept doing even though I tried being bad. But the general feeling of working for a just cause, the atmosphere of the Galactic Republic being a lot more positive, and the amazing voice acting of Jennifer Hale and Timothy Omundson have made me roll a Trooper and loving it. 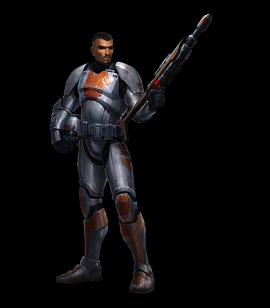 I’m having such a good time, I’m having a ball! Not yet a Huttball, but that will be coming soon too. For now, now that my honeymoon with the game is over, it is time to start the marriage in earnest!

See you on the next Triple T, and may the Force be with you, always!

2 Responses to “Thom’s Thought Transmission: My honeymoon is over”