We, gamers especially and computer users in general, are always depicted as giant nerds. A few weeks back during SOPAgate, The Daily Show showed footage of Congress saying that the representatives did not know much so they asked some nerds. More and more though, we ‘nerds’ are getting in the news beyond the negative and/or sad stories, like claiming that video games are the cause of a shooting (which in most cases they are not, but that’s another debate). Recently, I saw 2 news items relating to Star Wars The Old Republic and MMO’s, one a bit negative if you ask me, the other quite positive. Here’s the scoop, and my personal flavor of opinion on top of it!

Cannot get enough of Thom’s Thought Transmission? It continues after this break.

The Conservatives Strike Back

First, let me be very clear. I am Dutch, and in general we are a very liberal country. Not the USA’s bad kind of liberal, but Europe’s meaning of liberal. So if you get any sense of offense over my following opinion, take it with a grain of salt. Also, I am not religious but anyone who is has the right to practice whatever they believe. The rights to life, liberty and the pursuit of happiness in essence. 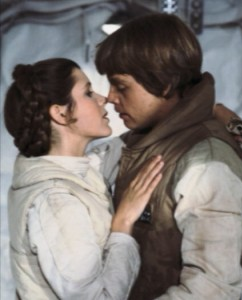 The first bit of news comes from the United States, where a group called The Family Research Center has uttered some very negative comments directed at Star Wars The Old Republic. They are saying that the proposed inclusion of gay and lesbian relations with companion characters will expose kids to a “warped way of thinking,” basically saying that it should either not be implemented or the game should be forbidden. Adhering to biblical scriptures that being a homosexual is a bad thing and the sanctity of marriage.

First of all, we are talking about a video game. Which is rated T for Teen. Kids nowadays are already sexually active before that age (a little bit concerning) and are bombarded with all kinds of unsavory images on television and other parts of the media spectrum besides a single video game. So placing your focus on a single medium is grasping at straws in my opinion. Secondly, it is a game with a lot more religion speed bumps to fall over. The whole idea of the Dark Side and being evil is definitely not condoned in many scriptures, not to mention player versus player and ‘love thy neighbor’ philosophies. In earnest, it just really grinds my gears.

The second article is not really positive in and of itself, but it foreshadows a good feature. In a Dutch court, two kids were convicted to public service sentences after found guilty of bullying a third kid into giving them his items he earned in RuneScape. Stealing in a online game is being compared to stealing in real life, and sentenced just as its ‘physical’ counterpart. 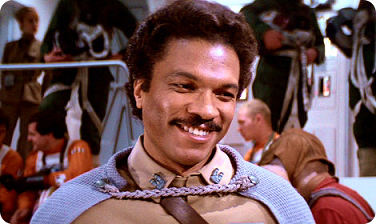 This shows that government is able to take the online community more serious, not just ignoring it or dismissing it but instead comparing the time spent in these games as serious engaging activity akin to working for money, and when committing offense in them warrants reprimand just the same. It bodes well, so lets hope that the current ineptitude certain governments show towards the online community by staying ignorant and unknowing about how the internet really works, and starts implementing smarter and better legislation to protect gamers and other people online from abuse by others.

In a Battle Royale between the Coruscant Patriots and the Alderaan Giants, who will win the Galactic Bowl this year? Leave your comment below! And as always, may the Force be with you 😉