New Flashpoint, which below Larry Everett has made a nice tour guide video with the details on The Lost Island. Another Operation is in the new patch, called Operation: Explosive Conflict. Sounds like you’ll get a bang out of it…I’ll be here all week lol. More faction vs faction options in Warzones. This means less times queuing up for Huttball with Alderaan, Voidstar and the new Warzone Novare Coast having the option to play against the same faction…yes, this is under the thin storyline of simulation for your faction, but hey it means less Huttball. 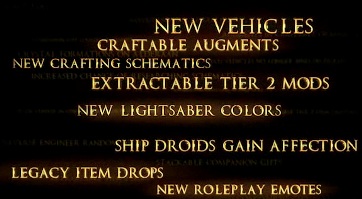 The patch is full of so many things that you need to check out the official patch notes for complete details. Be sure to check out the class changes, because some of the skill trees have changed and skill points have been refunded…free respec 🙂

This is a montage of gameplay footage pre patch 1.2 and set to a great mix track. While you are downloading or one of the few who have to re-install the game due to the early update yesterday, here is just the thing to watch and enjoy.  Shout out to Str8 a Sith Assassin from the Swiftsure server for making this video. 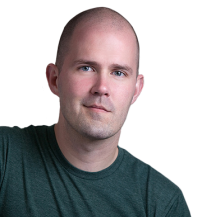 One major component was not able to be included, Ranked Warzones. Daniel Erickson broke the news yesterday in the following blog. In which he states that the Ranked Warzone was just not ready to be released live. Honestly, I was taken back and even a bit upset, despite PVP not being a huge part of my gameplay. I felt reading it that Bioware was really upsetting a hardcore group of gamers that help maintain part of that leading edge for MMO games. However, taking some time before writing this, I remember the disaster on Ilum. It was not ready for release and yet they rolled it out and they are still working to get it fixed in the future. So maybe taking the extra time for Ranked Warzones is the right decision here. It will be better if they take some more time and get the system right and then release it to the live servers.

Our Spring Celebration Contest is still going on through April 16th! For the rest of the rules and list of prizes be sure to check out the official contest article. There are several great prizes provided by our sponsors, Chronicle Books and New Video.

If you missed it or any of the past week’s articles, please check the links below. Take some time to leave our authors your comments and suggestions in the article comment thread.

Those wild Canadians of Keyboard Heroes are at it again and this time they are taking it to video. They have joined tgnSWTOR and turned their podcast into a weekly vidcast. Their first one was this past week. I have to hand it to the guys; they have upped their game and really done a great job. If you have not heard their podcast before you are really missing out. They bring strong views through their passion for gaming and a great mix of humor and fun. I would be sorely wrong to forget the third member of their show, Dimbo…the SWTOR Mayor. Check out their inaugural vidcast…Now I will be honest they are higher rating than PG, so you have been warned. Kudos to KBH for all the extra work and time they put into pulling off a vidcast. 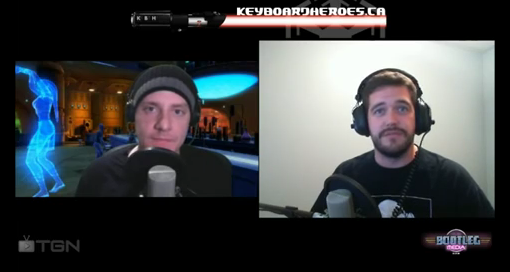 This Friday, April the 13th at 10pm EST on the Jung Ma server, there will be an event called “The Last Stand” happening. The video below gives the backstory for this event and also details for Imperial and Republic forces, as it pertains to event locations.  If you have a character on the server or think you can level one up by Friday nights event I urge you to watch the video, by TheTORChannel, and then make your way to the Jung Ma server. It sounds like a good time for sure.

Larry Everett of Massively, has produced a 15 minute video guide for the new Flashpoint: The Lost Island. This is the follow-up to the Rise of Rakghoul storyline in the Flashpoint: Kaon Under Siege. Larry gives us more of the lore on the Flashpoint, along with some strategies for the fights, but not all and no major spoilers.

Check out the video and see if it helps you get ready to brave The Lost Island Flashpoint. 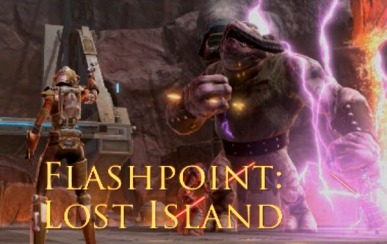 While I was cruising through Twitter yesterday for some extra ideas for HoloNet Links, I came across a tweet from @NothingGaming (Nothing but TOR) about world progression rankings and a link. I had to check it out, and sure enough Raid Progress has the beginnings of a worldwide guild ranking system. Along the top you will see different buttons as filters, for difficulty, raid size and tier setting. Mind you the site looks as if it is just starting out, but maybe a few more guilds join, like your guild, and this could be a real grassroots ranking site! If you want to know how the guilds are scored and get their ranking check out the site’s FAQ. Is your guild listed? If so where do they rank? Do you think this has possibilities? Let us know what you think in the comments below.

That is all for this week’s HoloNet Links. Have fun getting into the new content in Patch 1.2!