The community kicked and screamed on the forums on the pros and cons of having combat logs until Bioware finally gave us a compromise.  What we ended up with was a personal combat log tracking ability which would allow people who were interested in measuring their performance to do so.  What this did not allow you to do was to see how other group members were performing.  This week, we’ll delve further into the tools that will allow you to make sense of these log files now that you have them.

The main argument against combat logs was the fact that people tend to get elitist with their numbers.  It was said that some good players would be excluded from operations just because they didn’t put out the top numbers.  The primary argument in favor of combat logs was that it would allow people who wanted to optimize their rotation to do so.  The more serious ‘hard core’ operations will most certainly take advantage of these logs and put a priority on their importance.  The casual operation groups will most likely not even consider its use and put an emphasis on just having fun.  In the end, its use is going to be largely dependent on the type and style of the ops group you run with.  It still can be fun to look at the numbers, even if you aren’t serious about them.

By default, combat logging is disabled because if you aren’t using this functionaility actively it will take up space on your hard drive.  To enable combat logging, go to your options menu and click on Preferences.  From there, select the Combat Logging section on the left then Enable combat logging to file on the right.  This will create a text file in your My Documents folder under SWTOR Combat Logs. 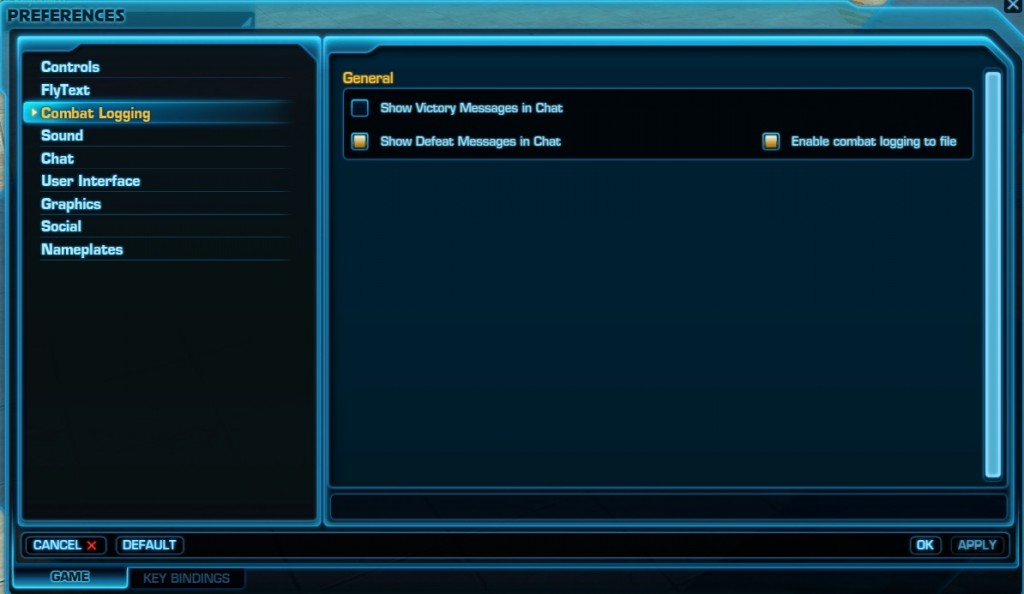 If you want to simply look at your combat log there are several web sites that will take the parsed information and format it into a friendly format.  The one I use is Frying Time.  You simply browse to your log file and upload the data file from your log folder. Once uploaded, it gives you a nicely formatted pie chart (seen below) as well as a line graph layout (not shown).  Also included are details on the abilities used, damage output, duration of combat and other useful information for all you number crunchers out there.  There are even some sites out there, such as Ask Mr. Robot, that allow logs from multiple players to be uploaded from the same fight.  It takes that data and merges it to display as a single encounter. 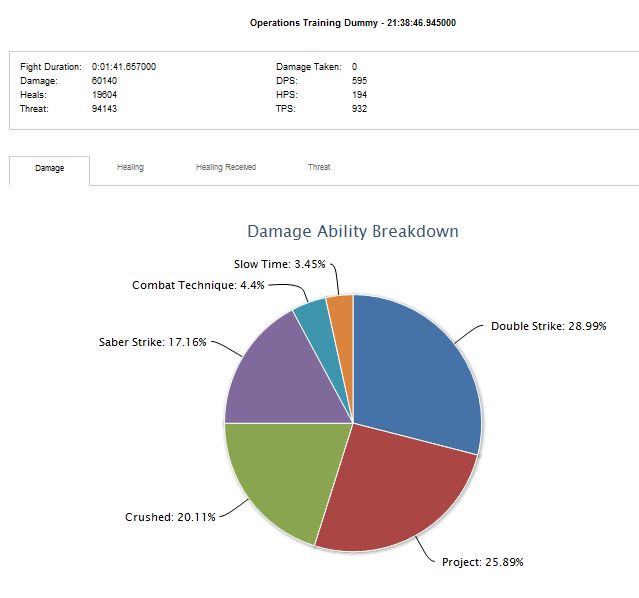 Alternatively, there are a few applications out there that will allow you to view your combat logs in real time.  You install a small parsing application to your computer that will actively take the logged data from your file and display it on a side window.  They also have options to display to a small pop-out window that you can overlay on your game window.  Advanced Combat Tracker is the one I played with for a time which works out great.  It is a little complicated to set up at first, but once it is installed it works perfectly. 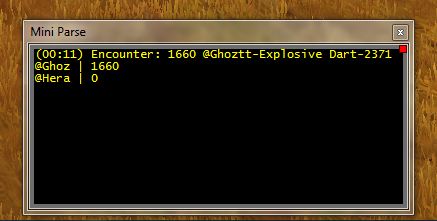 One of the most advanced parsers currently available is the one from Memories of Xendor.  This takes what you have seen above to the next level and allows you to take real time combat information from multiple operation members.  In order for this to work, everyone in the operation group has to install the MOX parser and enter a raid key that is generated by the raid leader (or whomever is in charge of logging the fights).  The program will actively take each ops member’s log file and output the information into a data window or a pop out window that you can overlay on your game screen.  That data can then be reviewed out of game using the raid key with full details of the encounter.  It never ceases to amaze me on what the community can do with the limited tools that it has. 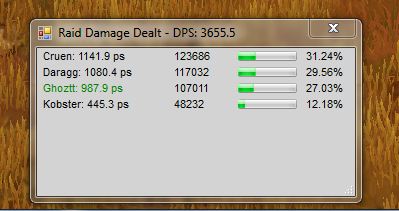 As you can see, there are quite a few applications available for the data junkies out there.  Now the hardest part is deciding which one will work best for you.  I’ll grant that none of them are the most elegant solution but, until we get one sanctioned by Bioware, we will have to work with what we have.  Now I’m just waiting for someone to take the threat data that the combat logs take and make a 3rd party threat meter! 🙂  Now get out there and collect some data!

3 Responses to “Operation: Information – Combat Logs (and what to do with them)”