If you haven’t had a chance to tune into the latest official SW:TOR podcast, you missed a great discussion about some of the background goings on of how operations are developed.  Eric Musco and Brooks Guthrie sat down with Lead Flashpoint and Operation designer Jesse Sky and Senior Designer George Smith to discuss the ins and outs of boss mechanics and design.  This was a rare opportunity for the players to see what goes into making these encounters so enjoyable. 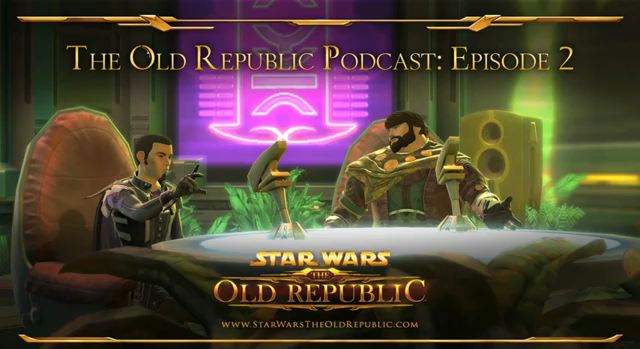 The day in the life for the design team consists of mostly planning on paper in the early stages of the operation or flashpoint, with meetings and discussions on how they want to proceed.  After the groundwork is laid out, they go about tweaking the design and mechanics with more discussion and play testing.  I think it would be great if they started opening up these early design phase discussions to the community to see what they would like to see.  I’m sure the Bioware team has great creative minds, but they should keep in mind how creative their playerbase can be.  It would be a thrill to actually see player suggested design themes put into the game.

The group then moves on to discussing the ‘bad ideas’ of current operations. I was disappointed to hear that they felt the Soa encounter was among those.  While the fight may be buggy, the mechanics and design were absolutely great!  It was challenging, but not impossible and it kept everyone on their toes.  Tons of things were going on all around you and you had to be mindful of everything.  Personally, I think that encounter was one of the most fun, since it had multiple phases and varying mechanics. Apparently the team felt that the encounter was too ‘ambitious’.  They won’t be exploring that type of complexity in an encounter for a while, but I really hope they reconsider this.

What I did find interesting was the fact that Bioware watches the livestreams of encounters that are on the public test servers fairly closely.  I like how they rely on the public player testing, as well as their internal testing on how to shape an encounter.  If you guys want to have your own input on how encounters are designed, then make sure to start streaming!  I just started experimenting with it myself, so stay tuned for a future article. 🙂 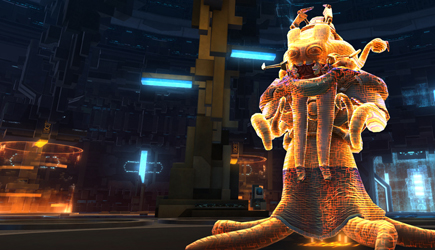 What I’m sure many people are interested in is more details regarding the next operation known as Terror from Beyooooooond!  Sorry, but I always hear an echo in my head when I hear that name as well as a mental image of bad 1960’s alien movie promos.  Unfortunately, the discussion on the podcast didn’t reveal any new details regarding bosses, but they did mention that they felt it was among their most visually appealing.  That being said, I am looking forward to seeing it, as well as playing it.  Bioware’s teaser video at E3 this year gave us a glimpse of what was to come.  The multi-colored hologram characters and the players stuck out on the individual floating platforms hint that more complex mechanics are going to be involved.  Not as ‘ambitious’ as Soa, according to Jesse Sky, but hopefully complex enough to make it challenging and fun.