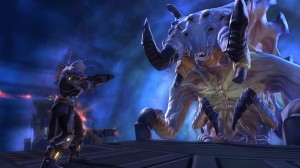 This week Carla is joined by special guest, Adaram!   They talk all about this week’s two articles at Massively, Community Roundup, Dev Tracker, and more.

FACT OR FICTION: Can you pick out the true fact?  This week’s fact or fiction is all about Terror from Beyond.

More Episode #71 and Comments after the jump…

FROM THE NEWSNET & BEYOND: Roundup of the most important announcements and news

A glance at this week’s articles on CRR:

Sith or Jedi:  Test of The Car Accident

You are running late for doctor’s appointment and on your way to the appointment you witness a car accident ahead of you on the road. A few cars ahead of you stop to see if they can assist in some way. Do you

Want your guild highlighted?   Drop us an email at:   corellianrun@gmail.com

Thank you, EVERYONE, for listening!