I had an opportunity to test out the new Terror From Beyond Operation and I am looking forward to seeing it go live. My previous speculation post had a couple of good guesses of what we might see, but I was pleasantly surprised on some of the encounters. The entire operation was visually stunning and the challenge set forth in story mode is just where it should be. It’ll be great for those who are wanting to see the story as it is not nearly as hard as Explosive Conflict. The seasoned veterans, on the other hand, may want to skip right into hard mode.The quest to begin the operation starts from a protocol droid on the fleet in the supply quarter. For the Empire side, the droid’s name is AD-304 so keep an eye out for him. The Republic side droid will probably be named something similar and will be in the southern most section of that fleet.

The droid will send you to meet an Imperial (or Republic officer who will introduce you to the Gree Ambassador. The officer will be found on the operations ship. As you exit the elevator, head towards the Denova shuttle but, instead of going straight, turn leftt and you’ll see the door leading to the Asation dropship.

There are a total of five boss encounters you will face in this operation. Some are surprisingly easy while others rather difficult if you get too overconfident. All, however, have their own level of fun to varying degrees and I think it’ll be enjoyable to work through them.  This is a quick overview of the fights on story mode, but I should be publishing full boss strategies with video as soon as possible. 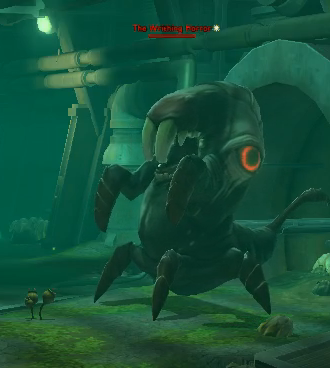 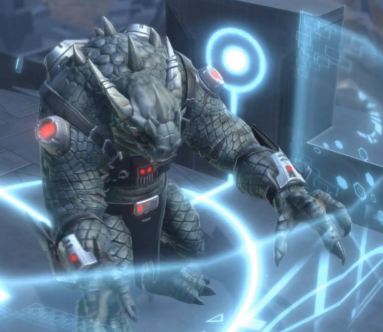 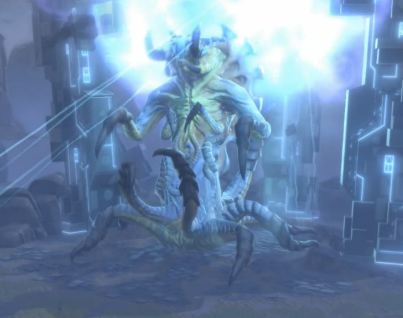 The planet is visually stunning, especially the section leading up to the puzzle boss. The fight difficluties are at a good level for more casual players to be able to enjoy the story mode. From what I have been hearing, the challenge of the hard mode version is still enough to give operation groups something to work on for a couple of months. I look forward to seeing more! See you in 1.4! Ready check done? Pulling in 3… 2… 1…

PS: For your amusement, I did this little video of the different moods being put into the next patch. I hope you laughed as much as we did!

2 Responses to “Operation: Information – Terror From Beyond Preview”