A couple of weeks ago I was able to give a preview of what was to come in the Story Mode version of Terror From Beyond from the PTS. Now that I have had a chance to step into the Hard Mode version, I am pleased to report that yes, it is hard! If you were fully geared and min-maxed from Explosive Conflict, be prepared to be tested. This operation requires coordination, a good understanding of mechanics and communication to successfully make it through alive… if you dare!

Okay, so that was a little melodramatic, but I am serious about the amount of teamwork that it takes in order to kill bosses. They will test your tanks, healers and dps to their fullest. Any weak link will result in a struggle just make it through one of the mechanics only to be tested again in the next phase. No one will be carried in this operation, that is for certain. Likely, you already have guilds on your server that have done a full clear, but don’t be fooled into thinking this operation is a pushover. Terror From Beyond will keep the average casual guild busy for many weeks while the more serious groups will still find entertainment in the fights themselves. 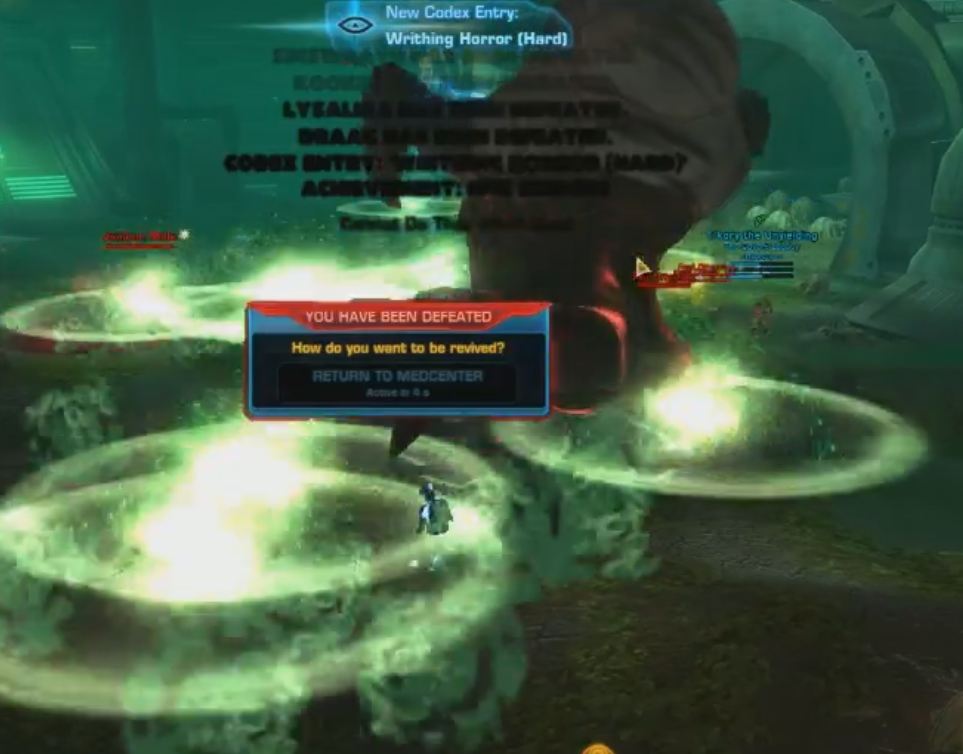 The first three bosses seem to be a check on your group’s composition and tries to test where your weaknesses lie. The Writhing Horror is most certainly a dps check. If you aren’t wearing 25% of the bosses’ health during each phase then you won’t make the enrage timer. When you face the Dread Guard, your healers will be tested as to how efficiently they can triage the operation group and also knowing when NOT to heal. Operator IX will challenge your tanks with add control, interrupts and how well they can manage the fight. If you make it past those three, Kephess will test your ability to position the boss and will, again, test your dps group’s ability to generate the numbers needed to perform a timely kill. 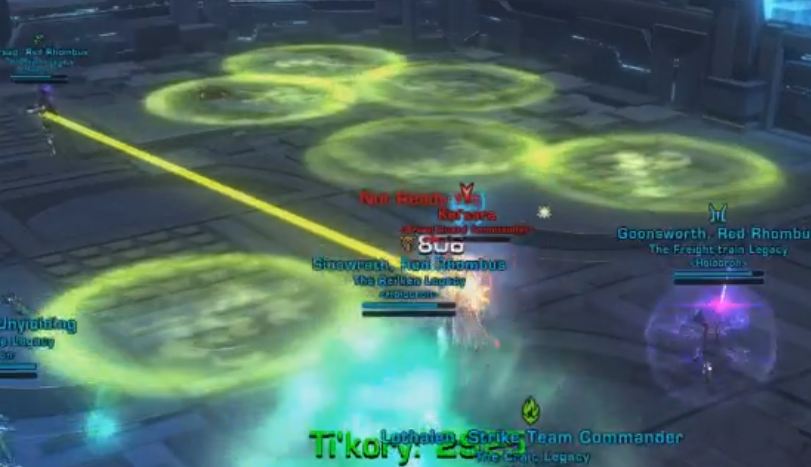 As of this writing, my operation group has had two days inside hard mode and we were able to do one pull on the final boss before time ran out. This is the fight that I have been looking to bang my head against, but I have to admit that I am a little wary of groups such as ours getting this far so quickly. By no means is my group considered ‘hard core’. We have a set group that goes in twice a week and have a hard cut off time. I am concerned over the longevity of the hard core operation groups who may find the new content underwhelming. With any luck, Nightmare Modes will be part of the upcoming six week cycle Bioware has promised us.

How do the color blind do this fight?

Terror From Beyond in Hard Mode has clever new mechanics that make the boss fights difficult but not frustratingly so. That is to say that you do not get defeated by random occurrences or bad luck often. There will always be a randomness to fights but the RNG (Random Number Generator) seems to be kept at bay. If you fail to kill the boss then you are probably doing something wrong. Bioware has certainly come a long way since the Eternity Vault and it shows in this operation.

2 Responses to “Operation: Information – Terror From Beyond HM Review”