Needless to say, there was quite a bit of outrage from the community once BioWare confirmed that Story Mode Explosive Conflict (SM EC) no longer dropped Black Hole commendations. Their reasoning was that they wanted to remove Story Mode from the progression line and keep it, just that, a playable story. As a result, SM EC was nerfed tremendously in order to allow the more casual players to see it. Was this a bad move on BioWare’s part? Let’s talk about this and a few other things I want to get off my chest.

There are two schools of thought here: The elitist gamer will say that Story Mode is too easy and doesn’t deserve to drop Black Hole commendations. The more casual gamer will argue that it is still the next step in the tiered gear progression and should. Personally, I tend to walk the middle line. While it is true that some of the bosses have become extremely easy from their original mechanics (I’m looking at you, Stormcaller and Firebrand!) there are still fights that require coordination and skill in order to defeat. I would love to see BioWare step up and change it so that, at the very least, killing the final boss in EC SM and Terror From Beyond SM drop Black Hole comms.

I suspect BioWare of trying to slow down the pace at which players get gear but I don’t see what the purpose of that could be. Hopefully, they aren’t under the impression that players are getting geared up too fast and quitting the game because of that. It’s content that they want. I doubt that 95% of the players out there are that hung up about having the top tier gear. Looking around the fleet can tell you that. They want and things to do once they hit 50 because not everyone does operations. A good evidence of the gearing slow down is their pricing of the new Hazmat implants. Each piece is 350 commendations and you get an implant that is barely better than the Black Hole version. For that amount of comms you would be better of buying Black Hole pieces, ripping the mods and armoring out of them, reverse engineering them and using the materials to have some of the new rank 27 mods or enhancements crafted. You would come out way ahead on stats than you would with a single implant upgrade and you might even learn some new schematics. 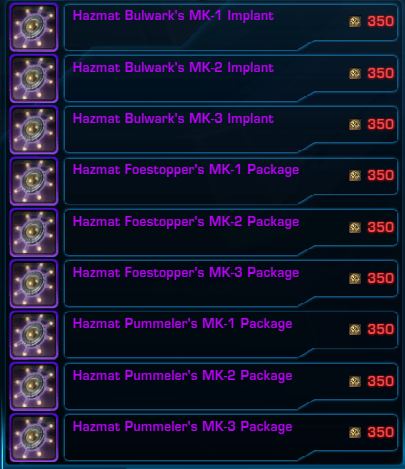 Are you kidding me? It’s highway robbery!

As much as I enjoy doing operations, I know that most MMO players don’t have it as their focus. This is why I also wonder about BioWare’s decision to allow only subscribers to participate in operations. The free-to-play players could care less about having the operations gear so you aren’t really restricting anything. What they really should consider is to allow Story Mode Eternity Vault and Karagga’s Palace free in order to attract people to operations then charge for the newer and harder content should they decide they want more gear. Since those first tier operations drop Columi pieces you aren’t giving them anything they wouldn’t get in hard mode flash points. 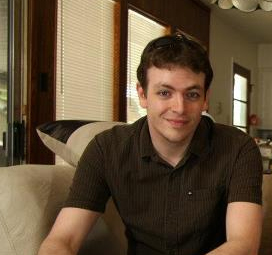 Speaking of operations and flashpoints, BioWare posted an interesting blog post on their lead designer Jesse Sky this week. It’s a great read for anyone who wants to know how the mind of a developer thinks. I think my favorite part of the article was when he answers the question regarding his favorite flashpoint and operation bosses. Both of his answers result in him enjoying the different ways in which players die to his chosen faves. I couldn’t help but laugh in thinking that we have a lead designer who seems to revel in players dying to his creations. That’s the kind of evil mastermind I want designing my operations!

It seems that the newest patch has stirred up some chatter on the internet regarding this game. Admittedly, not all of it is positive, but they say that any publicity is good publicity. Now that the initial play rush for some other games have died down, I’m starting to see some familiar faces back in the game. Hopefully, with the regular updates that trend will continue and then some. I’d love to get to the point where we start complaining about overloaded servers again. Here’s to hoping for a busier future!

No Responses to “Operation: Information – Rise of the Nerfs”