The Dread Guard encounter is a very stressful fight for the healers due to the large amount of damage that goes out to the operation. In addition, there is a mechanic in place where healing a tank will end up healing the boss so discipline needs to be exercised knowing when to heal and when not to. That being said, this fight isn’t exactly a walk in the park for the DPS and tanks either.

In addition to about 150k additional health, Heirad has a new trick up his sleeve called Lightning Field. This is a channeled cast followed by a blast of damage to each person as well as anyone within about 10 meters around you. If you are caught standing in someone else’s AoE blast then expect to have a 1 shot death. Ideally, healers should have a set place to stand and should not have to move the entire phase. Once the Lightning Field is cast, everyone who can do so should gather up for AoE heals to minimize the stress on the healers who have to keep the tanks alive in addition to topping off the operation group. 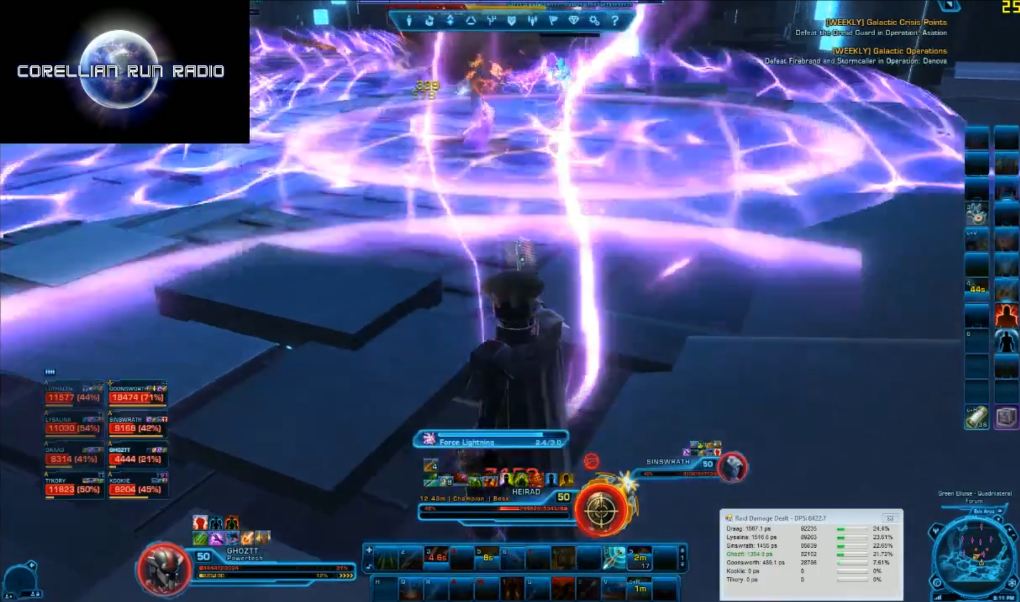 Once Heirad is dead, DPS will focus their attention to Ciphas who now has 200k more health in Hard Mode. His new ability is a Force Leap and Choke to a random operation member. The affected member will take an initial burst of damage followed by a DoT from the choke. This channel must be interrupted by anyone who as the ability to do so, not just the tank. In addition to the new ability, the Doom debuff now stacks to 3, up from 2 in the Story Mode version. Since there are more stacks, the green Doom pools will come much more often so watch for the amassing clouds of green around your character and move out of them quickly. 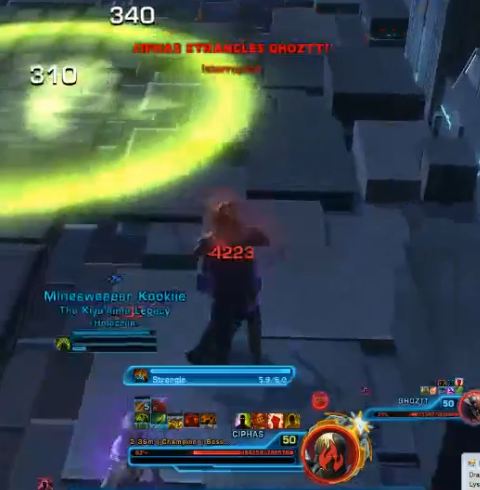 Dispatching Ciphas will give Kel-Sara some new abilities aside from the 150k health she gains in Hard Mode. She will cast Force Leech on whoever is tanking her at the time. The other tank must taunt and pick up Kel-Sara while the original tank moves aside. The tank with Force Leech must NOT be healed until the debuff wears off, otherwise the heals will heal Kel-Sara. In addition, she will summon three adds who must be killed quickly. They only have 7k hit points but one of them will cast Mass Affliction so burn them down. Aside from that, the healers need to watch for whoever has the Withering Terror DoT as it hits for quite a bit of damage per tick. It can’t be cleansed off so just keep an eye on them and, if you have it, be sure to announce it to the healers. 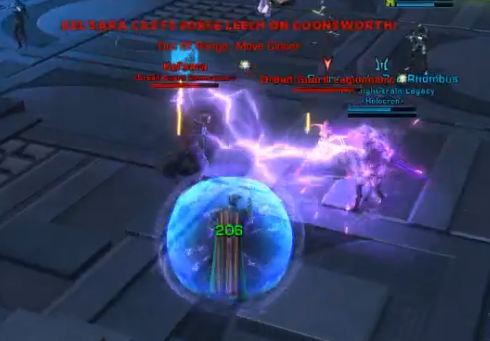 This fight is going to test your healers to their fullest as there is quite a bit of damage that goes out. Combined with the other mechanics that are going on throughout each phase, they will have to be on their toes to successfully keep everyone alive. I’m trying to get the videos published as quickly as possible before the content goes stale but, unfortunately, real life is keeping me busy. Stay tuned, I’ll try and get an extra video published between now and my next scheduled article.