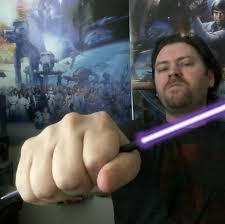 Roxanne couldn’t make it this episode, but we got Larry Everett (The Republic, Massively) to fill the third seat, which was great when we started our retrospective talk about following SWTOR because he’s been tracking this game since it was just a twinkle in BioWare’s eye. Bonus: three-minute blooper reel where Kathy cannot get through the outro.

FACT OR FICTION: Can you pick out the confirmed fact from the tall tales? This week’s challenge concerns companions, pre-ordering, and PvP.

More Show Notes and Comments after the jump… END_OF_DOCUMENT_TOKEN_TO_BE_REPLACED

Gamesindustry.biz caught up with Ray Muzyka and Greg Zeschuk at last week’s Eurogamer 2011. This lengthy interview focuses on SWTOR and covers a broad range of topics:

The article is available for free online, but you will have to create an account to read it.

Comments after the jump.

BioWare’s Drs. Ray Muzyka and Greg Zeschuk participated in a keynote panel, “Game Changers: A Conversation on the Nature of Interactive Entertainment from some of the Medium’s Most Significant Creators” at this year’s DICE Summit. The Doctors were joined by Mike Morhaime from Blizzard, Mark Cerny from Cerny Games, and Bruce Shelley from Zynga.

Zeschuk acknowledged World of Warcraft’s dominating influence on the MMO industry. “It is a touchstone,” he said, as reported by GamesIndustry.biz. “It has established standards. It’s established how you play an MMO. Every MMO that comes out, I play and look at it. And if they break any of the WoW rules, in my book that’s pretty dumb.” END_OF_DOCUMENT_TOKEN_TO_BE_REPLACED