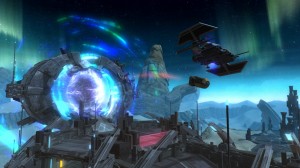 This week Carla & Deirdre talk all about this week’s Interview with Rob Hinkle, 1st Anniversary Fireworks, Player feedback, and more.

FACT OR FICTION: Can you pick out the true fact? This week’s fact or fiction is all about this week’s Interview with Rob Hinkle.

More Episode #84 and Comments after the jump…
FROM THE NEWSNET & BEYOND:  Roundup of the most important announcements and news.

Next scheduled maintenance is December 11th for game update 1.6!
http://www.swtor.com/blog/scheduled-maintenance-game-update-1.6-december-11th-2012

You have a relatively brand new guild that has become very popular in Star Wars: The Old Republic. One of the rules that you have in place, because the guild is so popular, is that any character that hasn’t been played in 20 days will be removed from the guild. The reason you have this rule is so that people who play their toons on a regular basis can be invited into the guild which BioWare has a cap of 500 players allowed. You are currently hitting over 400 characters in the guild. Many of them are alts.

One player logs into the game after said amount of time and finds himself removed from the guild. He whispers an officer and promptly gets invited back only to start complaining in guild chat about how stupid the rule is and then proceeds to call everyone in the guild “welfare recipients” and that he’s a working man with a job, responsiblity’s and kids. This is quite obviously offensive to many players in the guild.

After taking him aside and talking with him privately, do you –

Want your guild highlighted?  Drop us an email at:   corellianrun@gmail.com

Thank you, EVERYONE, for listening!

No Responses to “Episode 84: Let’s Talk About PVP”