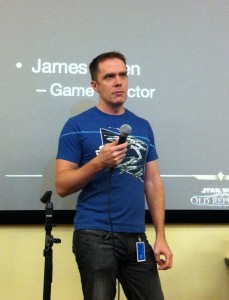 Game Director James Ohlen answered a host of questions during a Q&A session at the Fansite Summit at BioWare Austin. Here’s a breakdown of what was discussed:

More James Ohlen and Comments after the jump.