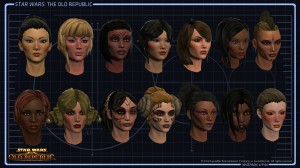 What is more important, individuality or being cute?

Deirdre Hollis (you may know her from the TORWars site) joins us to provide another arguing partner for Roxanne as we cover everything from Philosophical Stand Island to how hard it is to make an attractive female toon.

FACT OR FICTION: Can you pick out the confirmed fact from the tall tales? This week’s challenge takes a look at the final day of testing, legacy names, and the pre-launch guild phase.

More Episode #38 and Comments after the jump. END_OF_DOCUMENT_TOKEN_TO_BE_REPLACED

Today we introduce our new weekly column, CRR HoloScan. Each week we will spotlight a member of the SWTOR community and get him or her to answer ten slightly off-the-beaten-path questions. Feel free to answer the questions yourself in the Comments section!

This week Lethality from Ask A Jedi submitted his CRR HoloScan report and we find out he is a football fan and a pizza snob.

Q: What was your first video game obsession?
A: I’m gonna have to date myself a bit with this one, but I would have to say Enchanter, which was one of the classic text adventures from Infocom (makers of Zork!) That was not just my first video game obsession, but I believe my first understanding that these games could provide virtual worlds in which I could play! Then, Ultima was an absolute classic and my intro to RPGs. After that, I would say the King’s Quest series from Sierra – all played on my Apple IIe, of course!

More CRR HoloScan and Comments after the jump. END_OF_DOCUMENT_TOKEN_TO_BE_REPLACED

Expanding the universe; where will we go next?
The feature list for The Old Republic has been gradually filling up in recent months, including more information on companions, operations, warzones, and a fully functional galaxy map. On this galaxy map, we can ‘visit’ all 17 planets that are currently set to be playable at launch in December. In alphabetical order; Alderaan, Balmorra, Belsavis, Corellia, Coruscant, Dromund Kaas, Hoth, Hutta, Ilum, Korriban, Nar Shaddaa, Ord Mantell, Quesh, Taris, Tatooine, Tython and Voss. These planets have all been fleshed out and going by screenshots, released videos and other media, they all look amazing. Yet, clouded this game’s future is. Speculation is very fun, and therefore I am going to speculate on possible future planets, including a short description of what to find there and why this planet might feature sooner rather than later in the game.

More Thom’s Thought Transmissions and Comments after the jump. END_OF_DOCUMENT_TOKEN_TO_BE_REPLACED

So, I spent hours beta testing SWTOR with about a zillion other people this past weekend.  I had a lot of questions I needed to answer.  First and foremost, had I made the right choice to leave World of Warcraft?  I’d had some concerns about that.  I’ve been in WoW for five years, after all, but I already canceled my WoW subscription. I even ordered the SWTOR Collector’s Edition.  I’m so relieved and pleased to be able to say that  I’m so glad I did!

More My Two Credits and Comments after the jump. END_OF_DOCUMENT_TOKEN_TO_BE_REPLACED 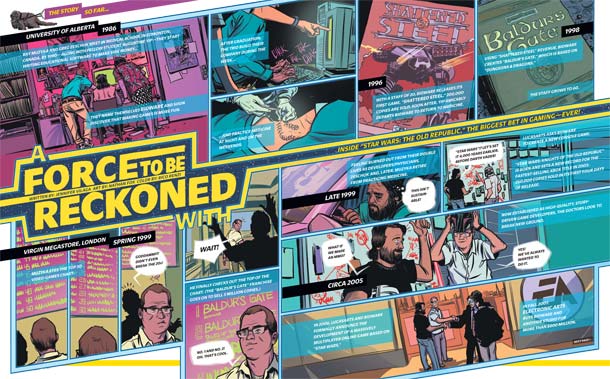 Fast Company, a business magazine that focuses on innovation, digital media, and leadership posted a terrific article on Star Wars: The Old Republic. Writer Jennifer Vilaga talks to Ray Muzyka, Greg Zeschuk, and Daniel Erickson about BioWare’s early days, the decision to make their first MMO, Daniel’s stress-induced condition which caused a weird kind of memory loss, and more. Bonus: the Doctors’ journey from med students to creators of SWTOR on the eve of release is told in comic-book form.