Many Star Wars fans love the Wookiees. From first seeing Chewbacca, the co-pilot of the Millennium Falcon, to being able to share adventures with the lovable, strong, loyal “furballs” in various Star Wars games, fans have felt a strong connection with this species. Today’s guild, WOOK, first started in another MMO with a direct connection to the Wookiees. While they may not be able to play as the specie their guild takes their name from, they still have the same strong friendships and determination to a “complete” guild in SWTOR. 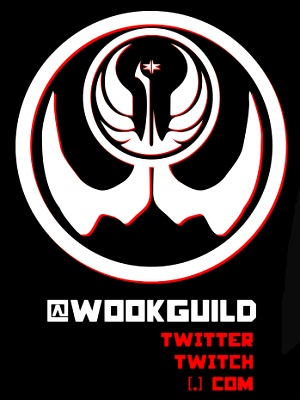 How did the WOOK guild get formed and what is the story on the guild’s name?
WOOK was formed on the first day of Star Wars Galaxies in 2003 as the “The Wookiee Council” on the Eclipse server by its progenitor Binnjameen and a handful of refugees from Kashyyyk: Ranx, Remeris, Baccachalykk, Bam, Zhabryll, Kloudyklaw, and Brutas. The name was designed to stand out as a simple tag and mission: to form a community of Wookiees. Eventually the guild expanded to include all races to represent an allied front against the Empire. WOOK became one of the largest and most respected guilds in the game, garnering much praise from the server as well as the developers themselves. The first guild meeting was held on the Mesric Plateau, a flat mountainous area between Mos Eisley and Anchorhead on Tatooine. WOOK eventually settled on Tatooine permanently in their player created city of Mos Kashyyyk in the Valley of the Wind. WOOK lived out the entirety of SWG on Eclipse where its members and their friendships had already transcended various games, real life endeavors, and a thriving online community.

Is this the first game the guild has played together?
This isn’t our first rodeo. WOOK is a veteran MMO guild having played various games together such as: Star Wars Galaxies, WoW, LOTRO, Guild Wars, Dungeons & Dragons Online, City of Heroes, and EVE online.

On your website, you pride in being a “complete” guild. Can you explain what is meant by that?
Our goal is that our members can experience crafting, leveling, PVP, raiding, and space in a fun, friendly community with all the best resources available at a reasonable cost.

How does the WOOK guild go about being “complete?”
We are lucky to have excellent PVP, PVE, and community leaders, who manage specific areas of content, and then work with each other to ensure fair and consistent progress in each. Materials, consumables, and gear are then provided at a low cost if any, and class mentors make themselves available to work with anyone who asks.

Along the lines of high end raiding/operations, how has the guild fared in SWTOR?
WOOK recently took down the Terror from Beyond in hard mode. We down the Nightmare Pilgrim as well as Zorn and Toth in nightmare mode weekly, and are close to beating Firebrand and Stormcaller in Nightmare Mode.

Keeping with the operation theme, if the guild had to pick one battle, what would be the favorite or best the guild has encountered?
Zorn and Toth nightmare mode is our new favorite. The mechanics are challenging and the enrage timer is so tight that we really have to bring our A-game to down them. Also, we love the Avalanche tank mount! 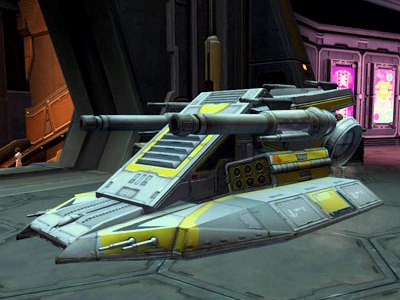 On the flip side, what has been the worst or maybe disappointing battle?
The most disappointing fight has to be Firebrand and Stormcaller in any mode, because if you wipe the run back is morale shattering.

Now if you and the rest of WOOK guild were developers, what are a few changes or things you would like to see in current and future endgame content?

Here are a few suggestions the guild came up with for future improvements in SWTOR.
• An in-game calendar/scheduling tool
• Account-wide shared credit pool across all alts
• Account-wide bank tab across all alts
• Mini-map pinging; Target markers visible on mini-map and world map
• Attack-through-friendly-target feature
• Biological mounts like tauntauns and mini-acklays.
• Armor dyes. (We’ve read they’re in the works!)
• Some sort of toy storage. Like a mission items tab for things like the regen items, disco balls, sparkle powder, etc.
• A datacron/relic, purchasable with cartel coins, that will store a spec. When clicked it automatically respecs you to that stored spec

The guild also takes pride in playing the PVP Warzones. What has been the guild’s opinion on the Warzones?
We very much enjoy competing in warzones. There is good variety in the maps and many skilled players in both factions.

Do they meet the guild’s need in the PVP area?
The existing warzone system is highly engaging. As long as updates, fixes, and new maps continue to come regularly, we are content with the setup.

What improvements would you like to see BioWare make to Warzones/PVP?
We would love to see BioWare to look at adjusting the resolve system. With the amount of CC in warzones currently, we feel it is in need of an adjustment.

Looking at the big picture, it just feels like stuns rule the PVP game. While we understand CC is an important factor in team play, we believe a few adjustments could be made. The Sorcerer/Sage stun bubble could be patched to affect caster only. Perhaps stuns could break sooner upon damage. We look forward to more balancing within the classes and surrounding the CC/resolve issues, especially in the upcoming expansion…with 5 new levels one can only imagine the changes in skill trees.

Your guild also has a streaming channel correct? How did this come about and where can people tune in to watch the WOOK guild gaming stream?
One of our officers introduced it to the guild around launch, and a few members really started to enjoy broadcasting. Since then we have streamed hundreds of raids and warzones to our viewers. The stream can be accessed at our TwitchTV channel.

After interviewing the guild, I would say having fun is definitely part of being a member of the WOOK guild. In fact here is a link to the guild’s favorite video, according to their leader BAM. It was taken during their Life Day celebration of 2012: http://www.twitch.tv/wookguild/c/1806524

Fireworks, dancing and lots of flying Jawas…who could ask for more? 🙂
*Our lawyers have told me, “I need to inform you, this is a TwitchTV stream and to view you must click the agreement about the type of material you might be viewing.”* 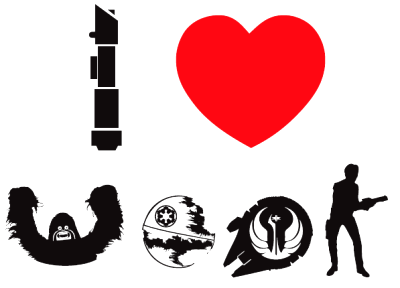 Is the WOOK guild currently recruiting? If so what server and faction are connected to the guild? What is the best way for potential recruits to apply to the guild?
WOOK is always on the lookout for new members. Find us on The Shadowlands server, fighting for the Republic. Potential recruits could visit our website to apply.

Thanks to the members of the WOOK guild on The Shadowlands server. I appreciate all the help from their officers, members and especially their leader BAM. Their help and willingness to give up some time to answer my questions made this article possible. If you are rolling a Republic character on the Shadowlands server and looking for a fun guild that helps give their members a “complete” experience, look up a member from WOOK or head over to their website to apply.

Would you like to have your guild, server event or even your SWTOR website highlighted on Community Checkpoint? If so, why not contact me, so we can share with the community about what you are doing. Just submit your guild/group’s website and some basic information in an email to me at, jason@corellianrun.com. Here at Corellian Run Radio, I am looking forward to highlighting more guilds and the many of you working at planning events, contest, etc. Thanks and see you next week!