A look at the Star Wars Insider Revan novel excerpt, focusing on how Revan’s character will be handled in SWTOR and the novel. 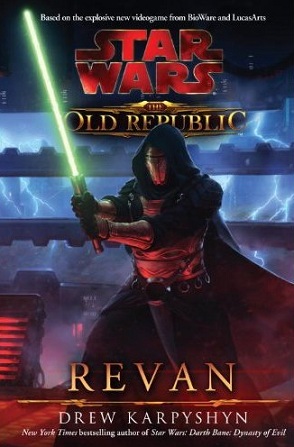 This article contains SPOILERS for the 2003 game Knights of the Old Republic.

Who is Revan? Everyone who has played KotOR (Knights of the Old Republic) has a different answer to that question. Like with Commander Shepard in Mass Effect and the Hero of Ferelden and Hawke in the Dragon Age games, Bioware’s interactive dialogue system lets the players define Revan in any way they please. How, then, can the non-interactive Revan novel satisfy every fan of KotOR? How can one defined character of a book convey the infinite possibilities of Revan? With the first excerpt of the Revan novel in Star Wars Insider magazine, perhaps our questions can be answered.

At first glance, the Revan game-to-novel conundrum looks like the same situation as the Commander Shepard game-to-movie adaptation of Mass Effect. Both situations involve taking a player-controlled Bioware character and bringing them to a non-interactive medium, which means a single defined personality is necessary for the main character. It’s easy to fear that the vast, vast majority of fans will be upset that the Revan in the novel is not their Revan.

Upon closer inspection, however, having a single defined Revan is far, far more understandable than a single defined Shepard, and it’s all because of Revan’s backstory. As a Dark Lord of the Sith before the players even get their hands on him, Revan already had a personality that was defined. Details about what he believed as a Sith are alluded to in both KotOR games, the timelines for SWTOR, and even the Darth Bane novels (written by Drew Karpyshyn, writer for KotOR and the Revan novel). He was not an empty slate until his memory wipe, an event mentioned in the timeline videos. 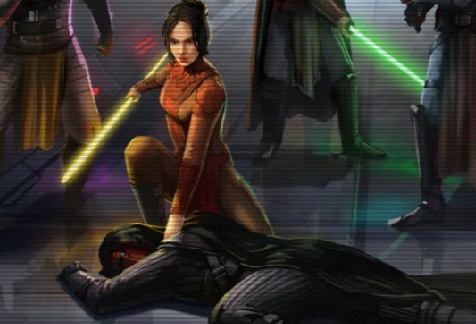 “The Council made a controversial decision: to erase Revan’s memory and retrain him as a Jedi”

The Revan you control has no memory of his past, so Revan as you play him is not exactly the same person as the Dark Lord of the Sith. They can almost be seen as two different entities: Darth Revan and Player Revan. As learned in Knights of the Old Republic II: The Sith Lords, Revan began to recover his memory after the events of the first game. When a man loses his memory and lives years as a new person, then begins to recover memories of his old life, who is he? Who is Revan after the events of KotOR?

He is a blend of Darth Revan and any light-sided male Player Revan you play in KotOR. Neither alone can define him, but both combined let us see his personality. Dark-sided KotOR Revans and female Revans unfortunately miss out in this novel (and no doubt the Revan elements of SWTOR, too) since Star Wars canon has Revan has a light-sided male. Light-sided male Revans likely represented the majority of players, though. Drew Karpyshyn’s defined Revan simply makes sense. It’s really a perfect opportunity to satisfy the vast majority of players.

When Revan in the novel does something that your Revan would do, you can interpret it as influence from your Player Revan. When he does something out of character for your Revan, you can interpret it as influence from Darth Revan. The same goes with what we learn from Revan in The Old Republic, no doubt. Want examples? Let’s look at a few lines from Revan, taken from Star Wars Insider’s August edition.

It shouldn’t be surprising, since Drew Karpyshyn is both lead writer of KotOR and author of Revan, that this sounds like a dialogue choice in KotOR. It’s the kind of thing the player would be able to say to T3 if kindness was the goal (but “At least you aren’t completely useless, droid” would likely be an option, too).

While some KotOR players may not have admired the Mandalorians, Revan is remembering how he felt during the Mandalorian Wars, which means this line makes perfect sense. It doesn’t conflict with any player choices because it states his feelings before the events of KotOR. 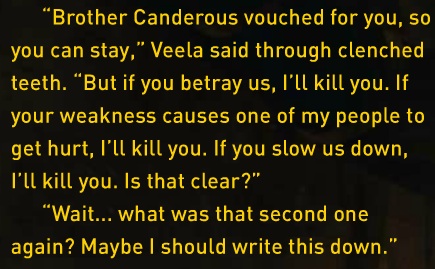 If you chose options like, “Is losing lightsabers a side effect of your Battle Meditation?” when you played KotOR, you’re well versed in the game’s smartass choices. This line feels like it was taken right out of the game.

With no way to satisfy every KotOR fan, it seems that Revan will do an incredible job at pleasing the majority. All Revan needs is a proper balance of respectful lines and sarcasm; readers will be able to appreciate the elements of their Revans that live on in the canon Revan of the novel. If you want to see the full excerpt of Revan, you can buy the digital version of Star Wars Insider Issue #127 on Zinio. You can also preorder the novel on Amazon.

What are your hopes for Revan’s character in the novel and SWTOR? Do you think he will feel enough like your Revan?