As many here in the “States” are enjoying an extra day off from work or school for Labor Day, Guild Checkpoint keeps moving forward highlighting guilds in Star Wars: The Old Republic. This week’s guild is for the Sith Empire called Keyboard Heroes. Many of you may recognize the name from their podcast featured on Bootleg Radio. Today, we are going to focus on the guild side of things, as we look at KBH, Keyboard Heroes. Let’s get ready to learn more about this guild from the Q & A session with Kalan and Sydor from KBH.

More about the guild, Keyboard Heroes after the Jump…

How did KBH get its start?

Kalan: Well we have been playing with a close group of friends for years since EverQuest. Just recently in the last couple of months of raiding in WoW we were getting frustrated with the lack of leadership and lack of communication / coordination. We had never started a guild and thought it was a good time to take the reigns since we had already started a podcast.

Has the guild been together in other games, even if not another MMO?

Kalan: The same small knit group mentioned above have played mostly WoW together but have also dabbled in LoTRO, CoH, EQ and a few other games.

What type of gameplay will KBH have in SWTOR? RP? PVE? PVP?

Kalan: We have never tried our hands at a PVP style game type and SWTOR seems to be like a great place to start. Our MMO experience lies mostly in endgame raiding which we will be focusing as well.

Along those lines, what type of server does the guild plan on playing in SWTOR?

Kalan: We have been discussing this extensively and have a direction we would like to go in but like the game that is constantly changing our choice may change too. But as of now we are sticking to PVP /RP

What type of guild would you describe KBH as? Casual? Hardcore? Endgame?

Sydor: We’ve been promoting the guild as a ‘Fun and Progressive’ guild. We don’t really think that you have to be ‘hardcore’ to see endgame content but we’re a bit more focused than many ‘casual’ guilds. ‘Fun and progressive’ is a term we use to describe us and it seems to fit right in between casual and hardcore

Are there any classes you are looking for specifically to fill your ranks?

Kalan: Right now, like most guilds, we are in Open Recruitment.  Come launch we’ll probably tighten up our recruitment to accept members on a member by member basis, with a focus on recruits who are referred by guild mates.  We love the idea of having a master/apprentice relationship within our guild (what would a Sith guild be without it?!)

Your guild has a podcast on Bootleg Radio, there’s a plug, and how did that start?

Sydor: We had been podcasting for a little over a month and the guys over at Bootleg Radio (www.bootlegradiostation.com *shameless plug*) contacted us about coming aboard and joining the Bootleg family.  It didn’t take us long to accept the offer and we’ve been with them ever since.

Do you plan on keeping the podcast going post launch?

Sydor: Currently we release a podcast every week, every second week we do a ‘half episode’ where we generally just talk about the news and happenings around the SWTOR community, after the game launches, we will probably go to bi-weekly episodes, just so we have time to actually play the game!

What type of people are you looking for to join KBH?

Sydor:  The kind of people who fit into Keyboard Heroes, are the kind that want to have fun and see as much as the content of the game they like.  For some people that’s clearing every raid Operation and for others is crushing Republic scum by dominating the Alderaan Civil War and controlling Ilum as much as possible.  It could also be having 7 alts, or 8 mains.  We’re really just looking for people who like to have fun playing the game and like to have that fun along side other people with the same goals. 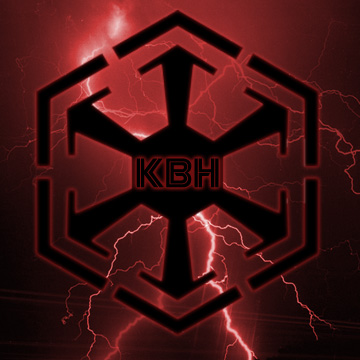 If someone is looking to roll a character for the Sith Empire, and wished to join KBH, what steps do they need to follow?

Sydor:  It’s pretty simple right now.  Head over to www.keyboardheroes.ca and fill out an application by clicking ‘Fight for the Sith Empire’ on the right side.  After you’ve done that search ‘Keyboard Heroes’ on the www.swtor.com guild section and apply to the guild so we’ll be kept together during the hustle and bustle in head start and launch (which hopefully aren’t that far away!)

Keyboard Heroes is definitely a guild to look into for all of you playing Sith, and looking for a good time while progressing through the game. They always seem to have a lot of fun during their podcast, despite all the time that goes into that endeavour and I’m sure their guild would be no different. I want to thank Kalan and Sydor for their time and wanting to be a part of Guild Checkpoint. Remember, if you would like to have your guild to be highlighted on CRR, please submit your guild’s name and website in an email to me at jason@corellianrun.com.