Visit msnbc.com for breaking news, world news, and news about the economy

Todd Kenreck, from MSNBC’s In-Game, interviewed Jennifer Hale about her voice work for Mass Effect. This short video features Hale talking about her work as Commander Shepard and the challenges of recording for video games. 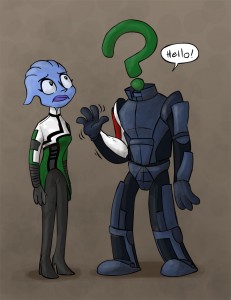 For decades developers confined themselves to the idea that video games, like films and novels, could tell only a single story in a single way. But then morality became a consideration, and the basic construct of narrative was changed in a way that no other medium could accomplish.

By allowing players to have moral judgments in games, developers began changing the very structure of the narrative in video games.

More Children of Ideas and Comments after the jump… END_OF_DOCUMENT_TOKEN_TO_BE_REPLACED 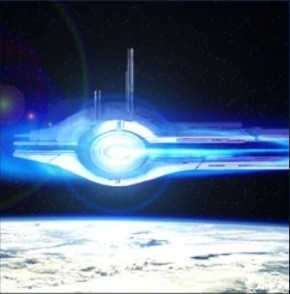 Last year, Mass Effect producer Casey Hudson said Bioware was interested in the possibility of a Mass Effect motion picture. Besides a confirmation of its development by Legendary Pictures, little has been said of the project since. On Friday July 22nd at Comic-Con, details will finally be given at a panel by Casey Hudson and Mark Protosevich, the movie’s screenwriter. END_OF_DOCUMENT_TOKEN_TO_BE_REPLACED

For over a decade now, BioWare has been one of the leading RPG developers in the industry. Games like Baldur’s Gate, Knights of the Old Republic, Dragon Age, and Mass Effect have each been reported to sell millions of copies. Since Bioware is bringing their hallmark feature of deep, interactive story to the MMO world in Star Wars: The Old Republic, it’s no wonder that the company’s own fans are one of the major populations TOR wants to pull in. The question remains, though: Can a subscription-based, massively multiplayer game draw much attention from BioWare’s singleplayer fans? END_OF_DOCUMENT_TOKEN_TO_BE_REPLACED

[Editor’s note: Welcome to Adam Jarvis, one of our new Staff Writers.  His debut column takes a look at the progression of choice in video games.]

In the early stages of the gaming industry, meaningful decisions affecting narrative were nonexistent. Most games, start to finish, were a straight line with little deviation. There would be the occasional choice between two paths that led to the same spot or a nail biting decision on what sequence to press some buttons, but nothing that ever affected the story you were living.

As the industry and technology has grown, so too has the scope of games. Chrono Trigger, released on the SNES in 1995, offered a myriad of different endings. This is the first game that I can remember having my choices alter the outcome of the story. It was a beautiful thing and one of the many reasons that game is held in such high regard.

More “Evolution of Choice” and Comments after the jump: END_OF_DOCUMENT_TOKEN_TO_BE_REPLACED