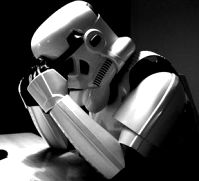 Change is not always welcomed and even less welcome if you feel uncertain of what might happen. Many of us have been feeling that with the server transfers. Yes, it is better that Bioware is taking it slowly on the transfers and making it work as flawless as possible, but it is stressful waiting to see what is going to happen. For me, I like to do something fun or maybe something that makes me laugh to help. It just so happens I have come across, with the help of a Facebook friend (thanks Karen), the very thing to help with those waiting blues. It is a video from Star Wars Celebration 2012 that ended this past weekend.

Nothing beats a good laugh to cure stress and those “transfer” blues. If you don’t laugh at this video you need your “funny bone” checked. Remember life is too short to be down and rage about something like a game. We all love Star Wars and this “20 minute video of fun” helps brings that back into perspective. Sit back and enjoy…Don’t take life so “Sidious”

If you have not ventured onto the Public Test Servers to check out the new features coming in the next update Patch 1.3 then you may not be familiar with SWTOR’s Group Finder feature. Damion Schubert, Lead Designer, has written an article to give you the basics of how it will work. The new feature will be able to be used for any character level 10 or higher. The new icon for the feature is found in the top left corner of the UI mini-map.

Once a player clicks on the icon, it offers the player various selections of grouping options. You simply choose between Planetary Destinations (quests), Flashpoints and also the first two Operations in Story Mode (Eternity Vault & Karagga’s Palace). The benefit to queuing with Group Finder is if you choose random Flashpoint, upon completing it you will receive commendations that goes with your level. There are a lot more details that Damion goes into on the various features, including Operations and he explains why Group Finder is only used for Operations in Story Mode. Check out the article and let us know what you think of the Group Finder tool in the comments below.

The list of known servers able to transfer and the destination servers they can move to can be found in the Dev tracker posts. Personally, I have been checking tysuhev’s thread for latest news on server transfer updates. The format is a lot easier to read and locate servers based on type and location. It is updated a few times daily since transfers have started.

As many of us have been paying close attention to updates on server transfers and/or organizing to start the transfer process, you might have missed some of your favorite Corellian Run Radio articles…don’t fear we have you covered! The articles and podcast for the past week are listed below for your convenience. Please take some time to let our writers and podcasters know what you think by leaving a comment in their articles.

Larry Everett, from Massively, is discussing all about the recently announced playable specie…the Cathar. In this weeks’ Hyperspace Beacon: Holocron File article, he goes in-depth talking about how the Cathars fit into the Old Republic universe and the lore around the specie. For instance he talks about the differences in appearances between the male and female Cathar. Larry also goes into how he believes the Cathar make perfect sense to be part of the Republic, due to the lore of their affiliation with the Republic, plus he has some ideas how storylines could be written that would have some Cathar as part of the Sith Empire. This article is a really great read and has a lot more details about the Cathar and their link to the Force. Be sure to take some time and read Larry’s article and leave him a comment. 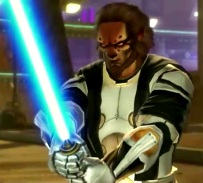 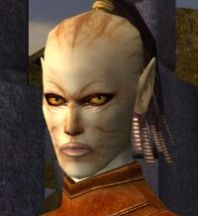 While we are on the subject of species, what species would you like to see released alongside the Cathar…Rodians, Nautolans, Bothans or maybe something completely different? Let us know in the comment section below. Personally, I want to see Rodians in the game for Bounty Hunters and also Smugglers.

As reported in Entertainment Weekly’s article, the new season of “Star Wars: The Clone Wars” is going to be jam-packed with all kinds of interesting story plots. Darth Maul and his brother Savage Opress have a whole story arc continuing from where season 4 ended. It appears he is none too happy being replaced by Dooku. I see some possible showdown happening. The article also talks about Death Watch, a Mandalorian fanatical group led by Pre Vizsla…the weilder of the “black” or “Darksaber.” The Death Watch group also appears to have a substantial storyline this season. There are several other plotlines talked about in the article, but the one that really stuck out was the one that will take us all back to the Old Republic planet of Onderon and the Dxun Moon…Knights of The Old Republic II.  This is the part of the galaxy where Ulic Qel-Droma started down the path to the Dark Side. It will be interesting to see how the animated show will deal with this “Dark” part of the galaxy…could they be taking viewers back to the temple where part of The Exile’s party had to defeat Sith forces? We will have to wait for the new season of Star Wars: The Clone Wars to find out, but for now we do have the trailer for the upcoming season.

It is hard to believe that this is the 50th installment of HoloNet Links. I came to Corellian Run Radio asking to just be a part of this site and help out. I had no idea that it would lead me to become so involved with this great community and I am glad it has. It has been work, but the reward of meeting and interacting with so many passionate fans is immeasurable. Thanks to all of you who have read, commented, and help make this article what it is…because without all the loyal and yes, crazy rabid Star Wars fans there would not be a community or this article. Thanks again!

Is there a particular link, story, video, or topic related to SWTOR you would like us to highlight? If so please send them to us here at Corellian Run Radio and it might just be included in a future article. You can email us at corellianrun@gmail.com, or you can leave link suggestions in the comments below, or in the Facebook group. That is it for this week’s HoloNet Links. See you all next week!