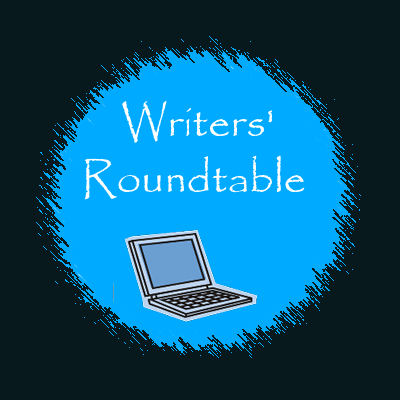 This segment we talk about recent CRR articles, BioWare layoffs, Update 1.3 and more. We have 3 of our current writers, Maer, Jason and John, joining Carla to discuss these hot topics. 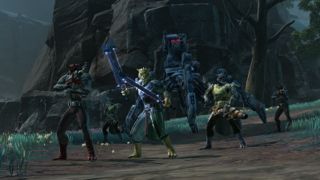 Deirdre and Carla are BACK!  Due to computer issues beyond Carla’s control (her computer blew up!) we were unable to record our podcast the past couple of weeks.  While Carla’s computer is still at the retailer for warranty repairs or replacement, this podcast was recorded using Carla’s MacBook Pro.  The audio quality is not up to our usual standard, but we hope you enjoy it!

This podcast we chat about patch 1.2.3, return of Fan Friday, Nightmare Pilgrim issues, and so much more.  Now if Carla can only figure out what the correct date is, all will be right with the world.  LOL

FACT OR FICTION: Can you pick out the true fact? This week’s fact or fiction talks about Boarding Party flashpoint, characters in your legacy tree and Nightmare Pilgrim issues.

More Episode #55 and Comments after the jump… END_OF_DOCUMENT_TOKEN_TO_BE_REPLACED

Welcome to the Force Lore, ladies and gentlemen!  Yes, it’s time for your weekly dose of the who is who, where is where, and why is, well, you get the picture.  The Star Wars Universe is ever expanding with more and more details added all the time.  To get the lowdown on all of this, you have to be able to turn somewhere, so you know the lore/dirt behind the game.  That’s what we hope to provide here at Force Lore.

Last week we began with a short gloss-over of Satele Shan, the Grand Master of the Jedi Order.  For a CG character, I’m sure there’s more than one person out there that has dreamt of Satele being a romantic availability for their character.  And why not?  She’s modeled well.  I’m not trying to be sexist… Hey!  I’m just a guy!

Follow me after the jump as we detail more of Satele and how she got started.

END_OF_DOCUMENT_TOKEN_TO_BE_REPLACED

Force Lore!  Your weekly extension into the stories that are behind people, places, and events within the Star Wars: The Old Republic game.  Each Wednesday, we take a look at some of the lore that makes up the Star Wars universe and how it effects you, the player, in your travels within the game.

This week, I’m hopping away (no pun intended with the whole Easter thing) from planets and settings.  Instead, I’m going to take you on a brief trek through something I think would be a welcomed addition and a much needed feature to SWTOR, In-Game events.  Switch all power to your front deflectors and follow me in as we make the jump.
END_OF_DOCUMENT_TOKEN_TO_BE_REPLACED

It’s Wednesday.  Hello to all the CRR readers out there.  Welcome to Force Lore, your weekly dose of the who’s, the what’s, the when’s, and the why’s of the Star Wars Universe… Especially when it comes to anything dealing with the awesome MMO, The Old Republic.  In essence, we’re trying to be an out-of-game extension of the Datacrons found in-game.

This week, we’re looking at the last of the starting planets for the different classes found within Star Wars: The Old Republic.  Last, but not least, is the world of Nal Hutta, or as it’s known in the game, Hutta.  This is the starting area for the Imperial Agent and the Bounty Hunter, two of the classes for the Sith Empire.

I’m not going to lie.  I have procrastinated with this article all week long.  Partially because I’ve been enjoying the awesome weather that’s been abundant this last couple weeks.  But also because I’ve been working on custom content and writing for another project I have with my friend.  As my friend’s wife says to him, the same may apply to me: I only have enough room in the playroom in my head for so many toys at one time.  But, without further ado, let’s check out the biggest mobster planet in the game.  Follow me in after the jump!
END_OF_DOCUMENT_TOKEN_TO_BE_REPLACED